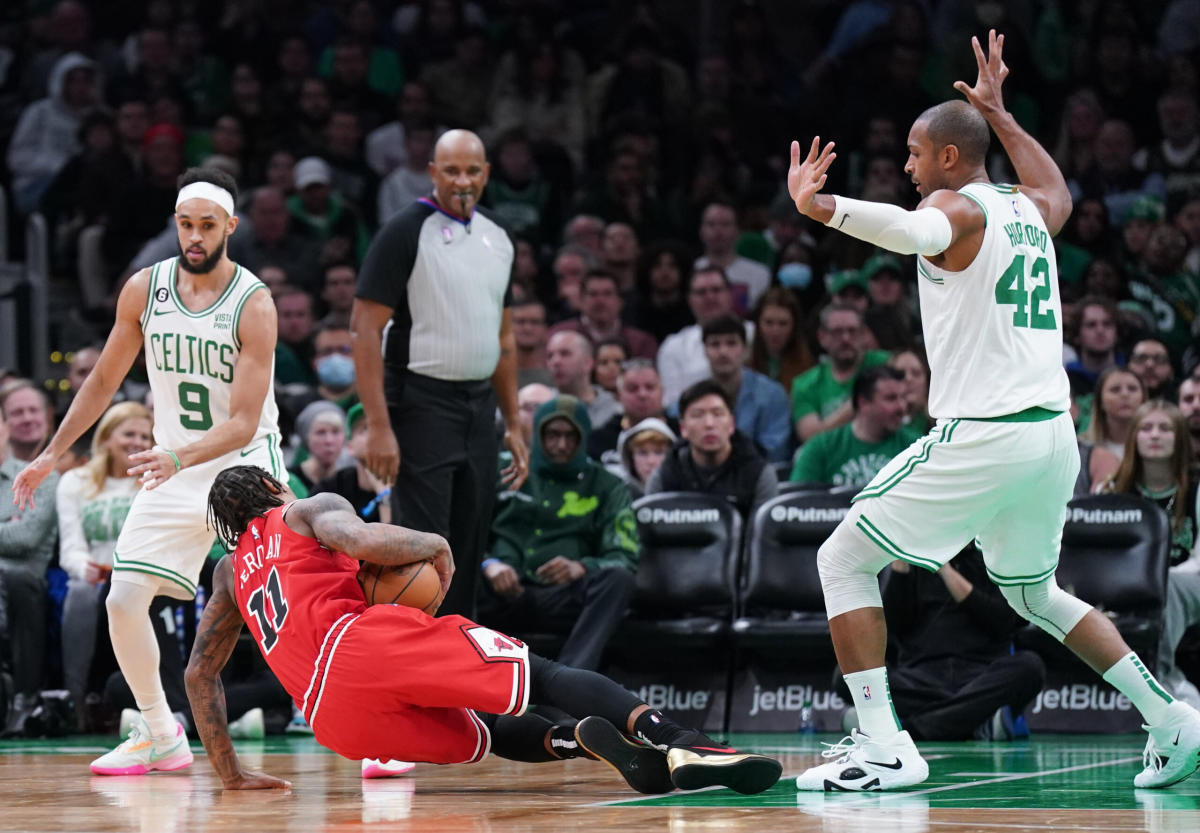 The Chicago Bulls had their three-game winning streak snapped on Monday as the fell on the road to the Boston Celtics, 107-99.

In the loss, the Bulls also lost DeMar DeRozan to injury, who left the game in the third quarter with a right quadriceps strain and did not return.

DeRozan said after the game that his quad has been bothering him for several games, but ‘never said nothing’.

“It’s been bothering me for eight games. I just never said nothing,” DeRozan said. “In my mind, knock on wood, as long as nothing is torn or broke, I try to assess myself and feel like I could play through almost anything. That’s all it is. It’s nothing too serious to be extra overly concerned about. It’s just one of those uncomfortable things that I don’t want to linger and keep worrying about.”

Dr. Evan Jeffries, known as GameInjuryDoc on Twitter, tweeted out that the DeRozan’s MRI will help determine how serious the strain is. A Grade I strain could have DeRozan shelved for 1-2 weeks while a Grade II could leave him out 3-6 weeks.

“So if I leave out of a game, it’s something serious,” DeRozan said. “I play through a lot that I don’t mention. My whole career, I’ve kind of been stubborn when it comes to that. I just want to always be on the floor.”