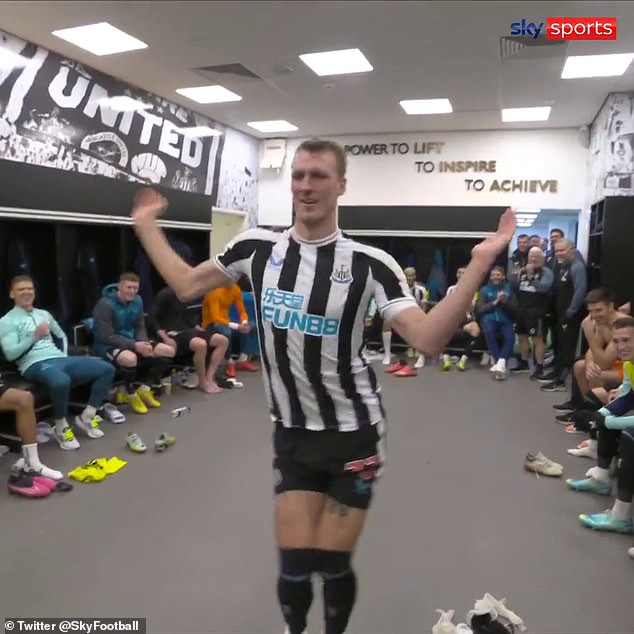 Dan Burn celebrates his first Newcastle goal by hilariously dancing in the dressing room after Magpies reached their first domestic semi-final in 18 years, as Eddie Howe claims the defender ‘moves well for a big man!’

Dan Burn celebrated scoring his first Newcastle goal by showing off his hilarious dance moves in the dressing room.

Eddie Howe’s side defeated Leicester City 2-0 in the Carabao Cup quarter-final as the Magpies reached their first domestic cup semi-final for 18 years.

6ft 7ins Burn opened the scoring following a dominant performance from Newcastle to net his first goal in his 37th appearance for his boyhood club after he joined them from Brighton last January – before Joelinton added a second. 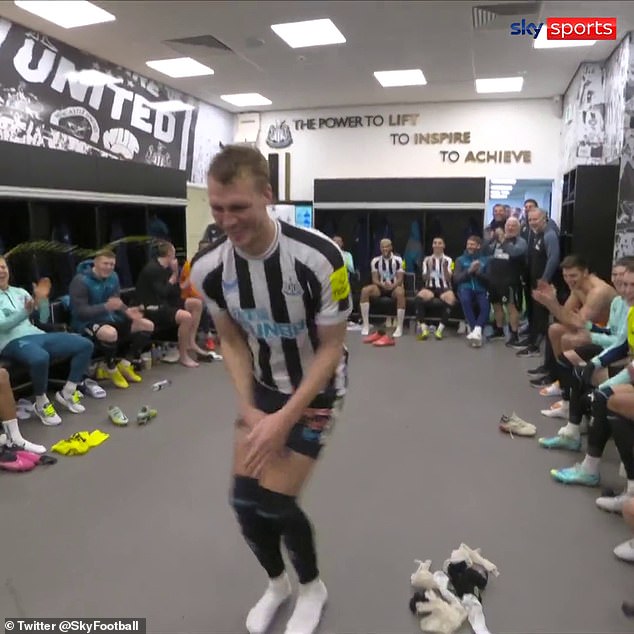 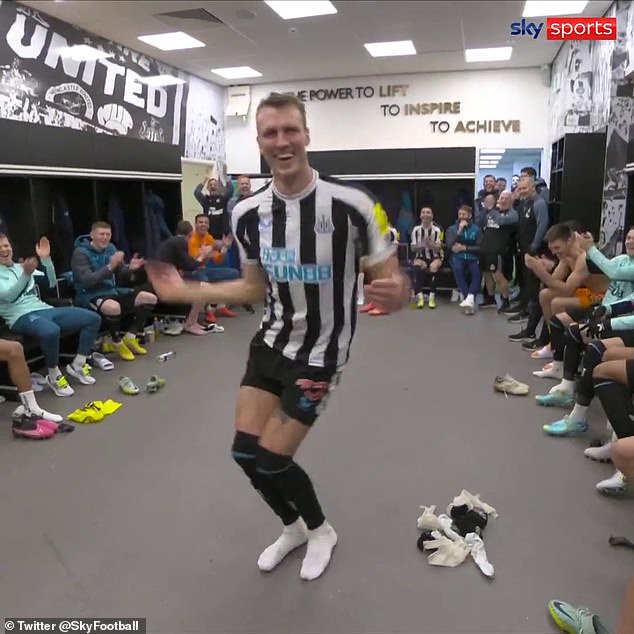 And following the game, the Sky Sports cameras broadcasted from Newcastle’s dressing room where Howe addressed his players.

After praising the defender for his goal, Howe asked Burn to give a speech, before his jubilant teammates requested him to ‘dance’.

Burn entertained the request and proceeded to perform a wacky routine, leaving his fellow Newcastle players in stitches.

Speaking to Sky Sports after Burn’s dance, Howe explained the humorous moment and praised Burn for his moves.

He said: ‘I was actually asking him to speak and he stood up and danced. 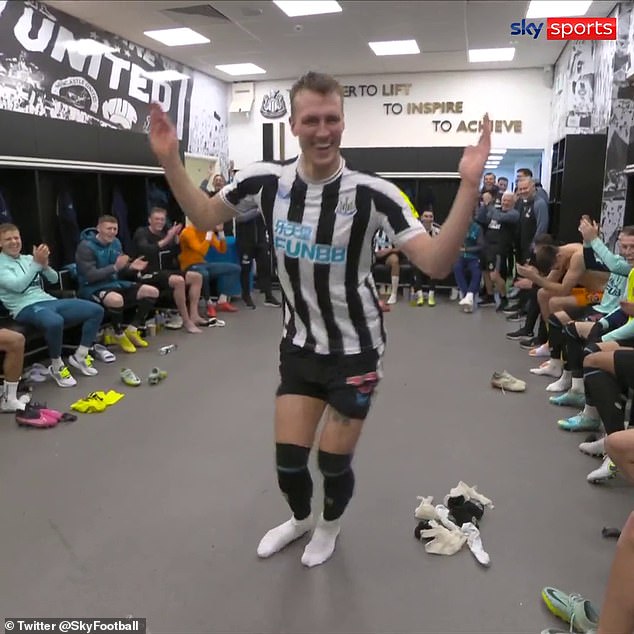 Burn had been singled out for praise but after the encouragement from teammates, he danced

‘But when someone as popular as him has a moment like that I think it’s important we all share it with him.

Reflecting on the incident, Burn joked to Sky Sports: ‘Last time I did a dance like that, I didn’t score for two years. So I hope it is not going to be the same again.’

Burn has excelled ever since arriving from the south coast 12 months ago and he has stepped up in an unfamiliar left-back role this season.

He has been part of the Premier League’s best defence alongside Sven Botman, Fabian Schar and Kieran Trippier – with the quartet conceding just 11 goals in 18 games – while goalkeeper Nick Pope has also been in superb form. 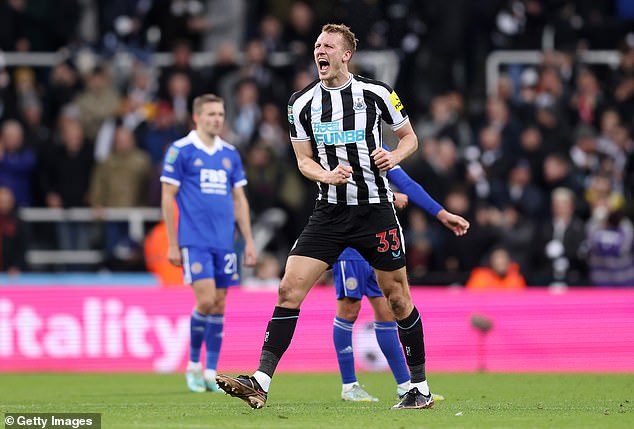 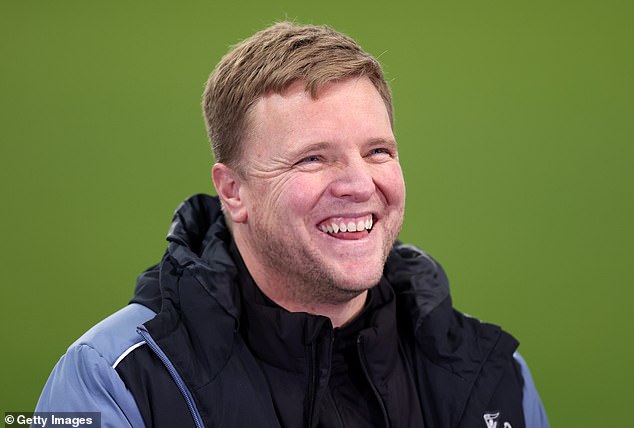 And Trippier, also speaking to Sky Sports after the game, hailed his fellow full-back and highlighted how big Tuesday’s win was for the club.

He said: ‘Delighted for Burny, he’s come close a few times but it was great for him to score at St James’.

‘We knew this was important because we went out of the FA Cup, the lads were brilliant tonight.

‘The supporters here are brilliant, they follow us in numbers and it’s always a great atmosphere at home. We want to make them proud by giving everything on the pitch.

‘It would mean everything to win a trophy but we just need to focus on the next game, take it one game at a time and now we look to the Premier League.’

Newcastle will find out their fate for the last four of the competition when the semi-final draw takes place on Wednesday night following the conclusion of Manchester City’s quarter-final against Southampton.