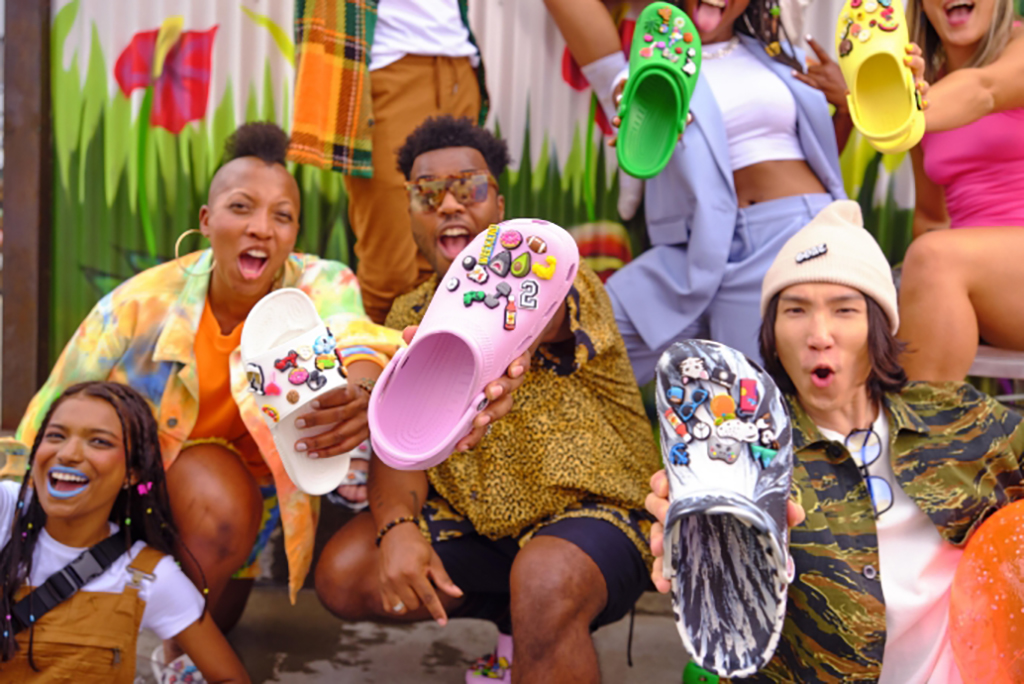 On Oct. 23, 2017, Crocs had its first trending moment on Twitter, all thanks to “National Crocodile Day,” when fans used the moment to share their love for the shoe rather than the animal. While it was an unexpected twist, Crocs the company welcomed the idea and turned it into the official “Croc Day” the following year.

“It was the first campaign that I would say was driven through fan-centricity,” said Crocs’ chief marketing officer, Heidi Cooley. The next year, “Croctober” came to fruition.

For the footwear brand, fans are always at the core of its storytelling.

“What we call imaginative agility,” continued Cooley, “is probably our biggest competitive advantage. It’s our ability to listen to fans and actually respond quickly with something that is often highly creative, super innovative and disruptive.”

For its 20th anniversary, Crocs is leaning into just that.

Festivities kick off this week with the “Free Pair for All” shoe giveaway, where every day in the first week of Croctober, the brand will give away tens of thousands of pairs of Crocs shoes. Throughout the month, it will continue to drop exclusive product, including noteworthy collaborations, leading up to Croc Day, marked by the release of a limited-edition Croc Day Clog.

In addition, the brand will host a global Metaverse experience hosted on Zepeto and Roblox platforms, featuring a special guest appearance during the immersive virtual event.

Part of Crocs’ authentic connection with its fans comes from social listening via platforms such as Instagram and TikTok, explained Cooley.

“TikTok is a critical component to our social and digital strategy, primarily because there is no other social channel that intrinsically aligns to who Crocs is. The platform is all about decentralizing creativity and creators, which has been our creative model for years. It’s all about individual self-expression, which is at the heart of our brand, and we’re really comfortable having others create content on our behalf, especially our fans,” she said.

In its campaigns, the brand often uses real people, whether it’s actual employees or influencers and ambassadors. All are fans of Crocs first and foremost.

“We’re just incredibly authentic. And I honestly think that’s what drives so much of the reach and engagement,” Cooley added. “There are so many brands that are stringent on their brand filters and the ways in which content can be created. Crocs is the polar opposite of that. We don’t care if it’s shot on an iPhone, we love if it’s shot by an employee, we love that your kids are running in the background.”