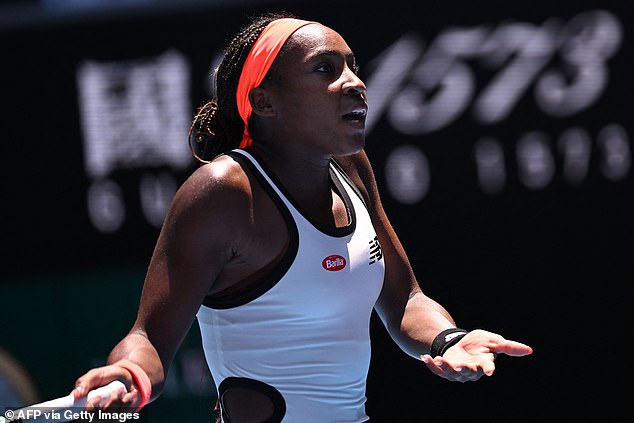 Superstar American Coco Gauff is dumped OUT of the Australian Open in the fourth round, as Jelena Ostapenko produces huge straight-sets shock to set up quarter-final clash with Elena Rybakina

By Ben Nagle For Dailymail.Com

American Coco Gauff was on the end of a huge shock in the Australian Open fourth round on Sunday, getting knocked out in straight sets by Jelena Ostapenko.

The 18-year-old went into the match on Margaret Court Arena as the big favorite, seeded 10 places higher than her Latvian opponent with a place in the quarter-final on the horizon.

But Gauff did not manage to rise to the occasion, losing 7-5, 6-3 to leave the crowd stunned and the young US star heading home.

Coco Gauff bemoans a decision during her defeat, which lasted just an hour and 33 minutes 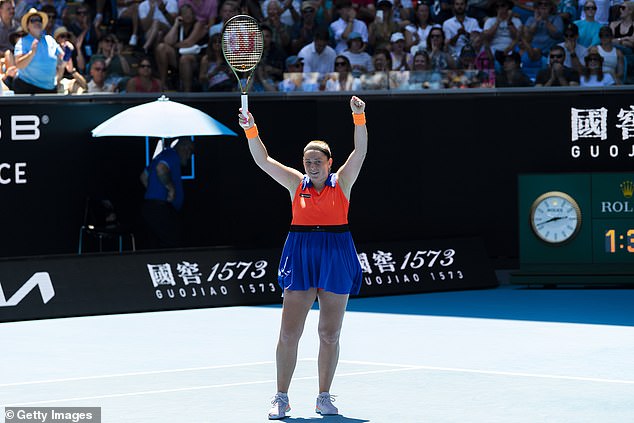 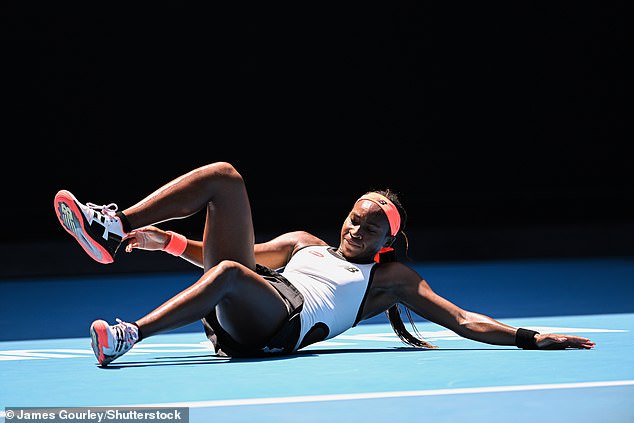 Ostapenko put on a power-hitting clinic in Melbourne to seal the win, and she has now set up a quarter-final match-up with Elena Rybakina – that in itself another huge shock.

On Rod Laver, Rybakina downed the world No 1 Iga Swiatek 6-4, 6-4 in one of the biggest surprises of the tournament, at exactly the same time Gauff and Ostapenko were taking part in their own battle.

Gauff will likely be even more disappointed with her performance when she sees that Swiatek is also out, given the other result would have significantly increased her chances of going all the way to the final. 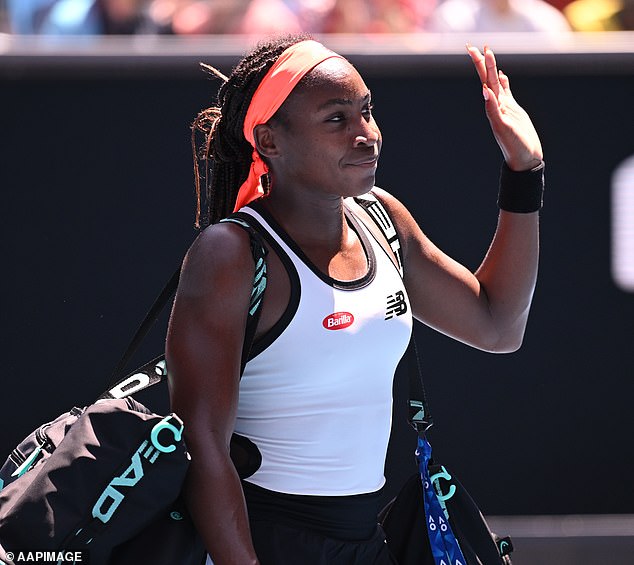 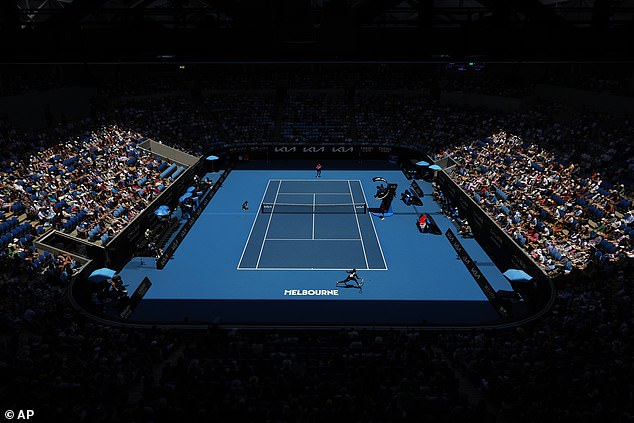 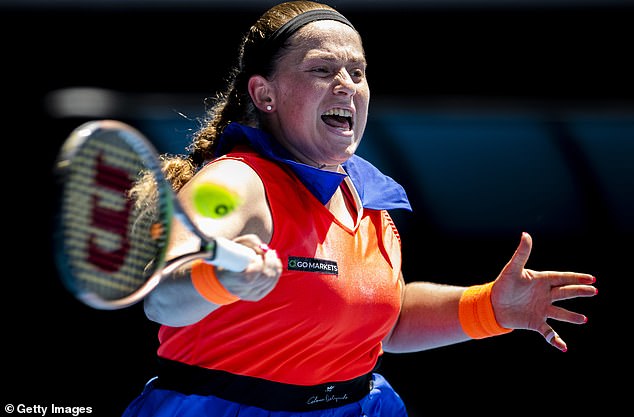 On court, the 17th seed Ostapenko was ruthless in the finish, unleashing a thumping forehand down the line to bring up match point, then clipping the line with a crosscourt forehand winner to give Gauff no chance.

There is still an American standing in the women’s singles, though, with Jessica Pegula – the No 3 seed – taking on Barbora Krejcikova later on Sunday.

She is the top seed left in the women’s singles, and will hope to be able to seal a best-ever Grand Slam finish in Australia this year, having twice reached the quarter-finals there in 2021 and 2022.