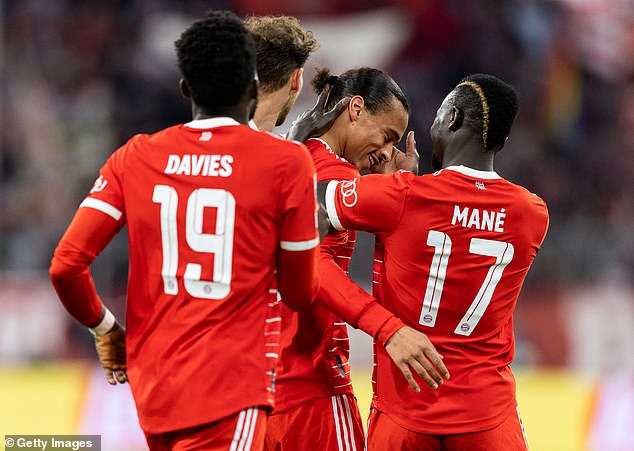 Bayern Munich struck three times in the opening 21 minutes en route to a 5-0 demolition of Viktoria Plzen in the Champions League on Tuesday to stay top of Group C and set a record for the longest unbeaten run in group matches.

The Germans have now gone 31 group matches in the competition without defeat.

Leroy Sane opened their account in the seventh minute before Serge Gnabry drilled in their second five minutes later and Sadio Mane added another with a fine solo effort in the 21st with the Czechs putting up no real resistance.

Sane struck again five minutes after the restart and Eric Maxim Choupo-Moting’s shot went in off the post just before the hour mark before the Bavarians gradually eased off with an eye on Saturday’s big Bundesliga match against Borussia Dortmund.

Bayern have won all three of their group matches so far to sit in top spot on nine points.

Marseille secured their first Champions League win of the season when they came from behind to outclass 10-man Sporting Lisbon 4-1 in an incident-packed Group D encounter at an empty Stade Velodrome on Tuesday.

Sporting made a blistering start to the game, played behind closed doors after crowd trouble marred Marseille’s home game against Eintracht Frankfurt, when Francisco Trincao put them ahead after just 51 seconds with a sublime solo effort. 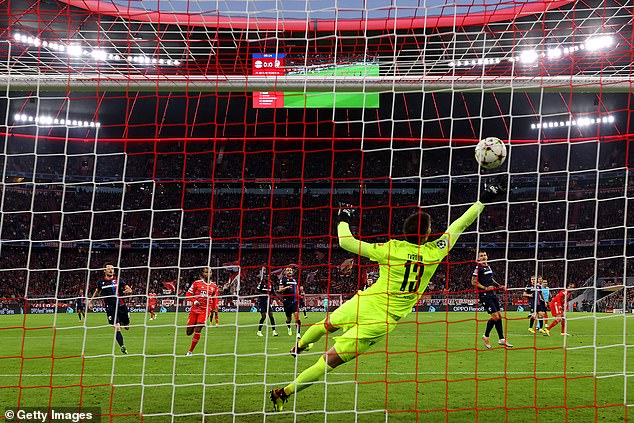 Leroy Sane, Serge Gnabry and Sadio Mane all scored within the first 21 minutes for home side

But Marseille turned the tide in the space of three frantic minutes, with Alexis Sanchez first scoring a freak equaliser when goalkeeper Antonio Adan smashed his clearance against the Chilean before Amine Harit nodded home in the 16th minute for the lead.

Adan’s difficult evening came to a premature end seven minutes later when he was given a red card for handling outside the area, and the hosts made that advantage count instantly as Leonardo Balerdi beat his marker to score from Harit’s corner.

The Portuguese visitors frustrated Marseille after the break before Chancel Mbemba wrapped up the points in the 84th minute when he finished expertly following Sanchez’s initial effort.

Sporting remain top of the group with six points from three games, with Marseille three points behind. Tottenham Hotspur were playing Eintracht later on Tuesday. 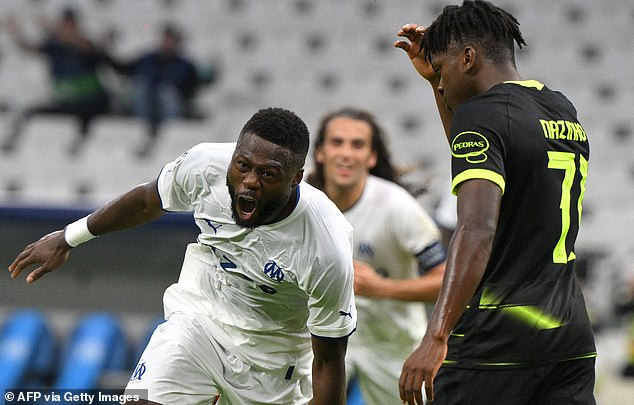