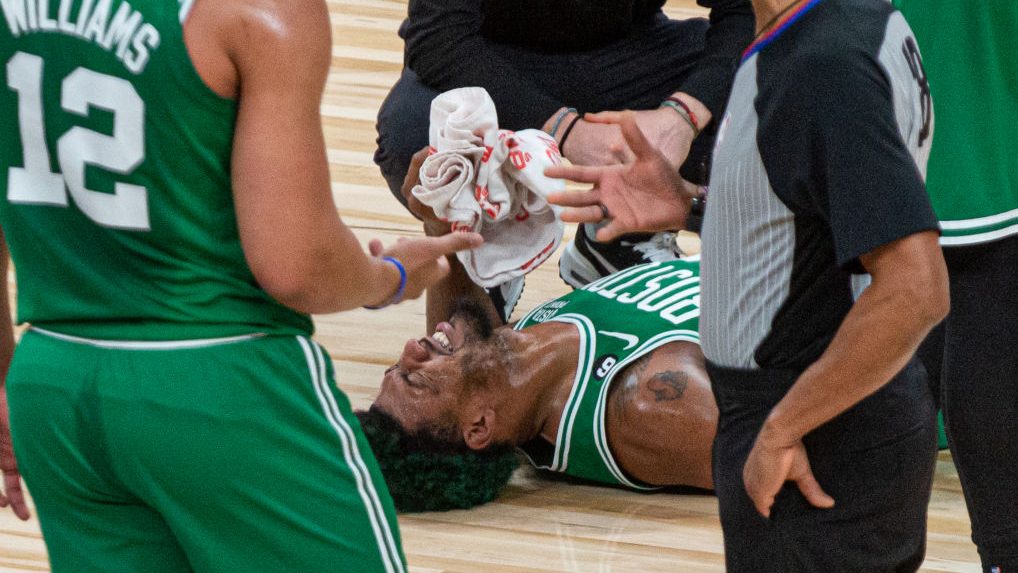 The Celtics were already without Jayson Tatum Saturday night in Toronto due to a sore left wrist when two other starters — Marcus Smart and Robert Williams — left the game with injuries.

Smart went down with a sprained ankle just before halftime and did not return for the second half.

Robert Williams also sat out the second half after hurting his surgically-repaired knee in a collision with Jaylen Brown. Williams had played about 10 more minutes after the collision before the decision to sit him was made at the half.

After the game, coach Joe Mazzulla had a positive update on his missing starters.

“Rob hyperextended his knee. It’s nothing serious, just obviously taking precaution. He felt good coming off the court. Smart, obviously you saw, sprained his ankle. X-Rays were negative, it’s just a matter of how he’s able to cope with it day-to-day.”

The Celtics play next Monday night in Orlando. Smart is undoubtedly out and a sprained ankle usually means at least a couple of weeks in street clothes, depending on the severity of the sprain (the Celtics have not released that yet). It would also be a surprise to see Williams in that game, but his injury doesn’t sound too serious.

Boston went on to get the 106-104 win over the Raptors behind 27 from Brown, plus big bench contributions from Grant Williams (25 points) and Malcolm Brogdon (23).

Check out more on the Celtics