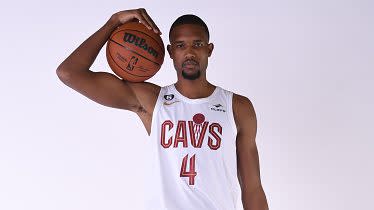 The Cleveland Cavaliers might have the best frontcourt in the East this season with All-Star Jarrett Allen and the emerging star Evan Mobley, but it may be a few weeks before we see them together.

Mobley is out 1-2 weeks with a sprained right ankle, the Cavaliers announced a couple of days before their preseason opener. Mobley stepped on a teammate’s foot and rolled his ankle during practice, according to Chris Fedor of Cleveland.com.

Mobley, who finished second in the Rookie of the Year voting, averaged 15 points and 8.3 rebounds a game in his first campaign, but his more significant impact was on the defensive end. Mobley earned All-Defensive Team consideration as a rookie — an incredibly rare feat — and with Allen formed an impressive backstop for teams trying to drive the paint.

Reports out of Cavaliers training camp rave about the improvements made in Mobley’s offensive game, but we’ll have to wait a few weeks to see that for ourselves now. Mobley, with a more consistent face-up game and jumper, has the potential to develop into a top 15, maybe even top-10 player in the league. The Cavaliers are banking on the young core of Mobley, Allen, Darius Garland and the just acquired Donovan Mitchell to be able to take the team far in the next few years, with Mobley’s improvement key to just how far they can go.

It sounds like Mobley will be good to go for the start of the season.

Check out more on the Cavaliers