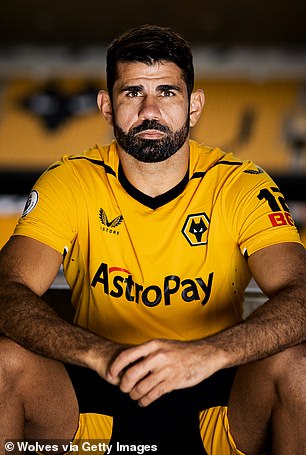 Make no mistake, there is a firework waiting to go off at Wolverhampton Wanderers after their sensational swoop to snap up Diego Costa on a free transfer.

Although the deal has come outside of the transfer window, the former Chelsea striker’s move as a free agent ensures Wolves have arguably picked up one of the most intriguing transfers of the summer.

After penning a one-year deal at Molineux, it’s not set to be a quiet year for the ex-Spain star who during his career has rarely shied away from controversy – and, in fairness to him, hitting the target either. 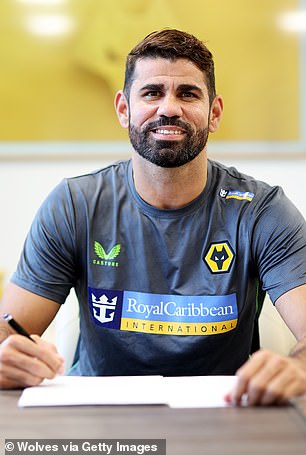 Wolves need goals – desperately. No side have scored fewer than their three from six games this term. That follows their poor record from last season too, where in averaging only one goal per game they scored the fewest of any team not relegated from the Premier League.

Manager Bruno Lage hasn’t been able to find the answer during the transfer window and the move for Costa is a free hit at trying to solve a long-term problem at Molineux.

Standing at two metres tall, Sasa Kalajdzic could have been the solution but an incredibly unfortunate ACL injury on his debut means the summer signing won’t be finding any goals for Wolves for a considerable spell.

Raul Jimenez was top scorer last season but he only managed to bag six Premier League goals, and the only other players who contributed more than two consisted of just Hwang Hee-chan, Ruben Neves and now departed centre-back Conor Coady. 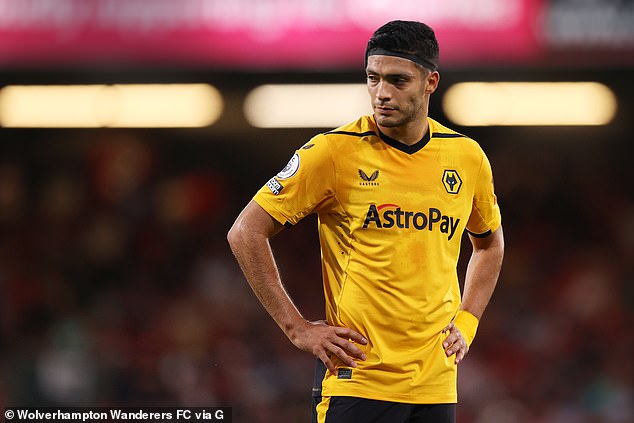 So the bar is not particularly high for Costa to clear, but at 33 years old, can he rekindle the form that helped him fire Chelsea to two Premier League titles during his previous top-flight experience in England?

Lifting the Premier League in 2015 and 2017 under Jose Mourinho and Antonio Conte, he struck 20 goals in each campaign and was among the best strikers during his time in England.

The love didn’t last long with either of his Blues bosses though. Mourinho was sacked shortly after the the 2015 title success, with Costa infamously throwing his bib towards Mourinho in a furious response to not featuring in the clash at Tottenham. 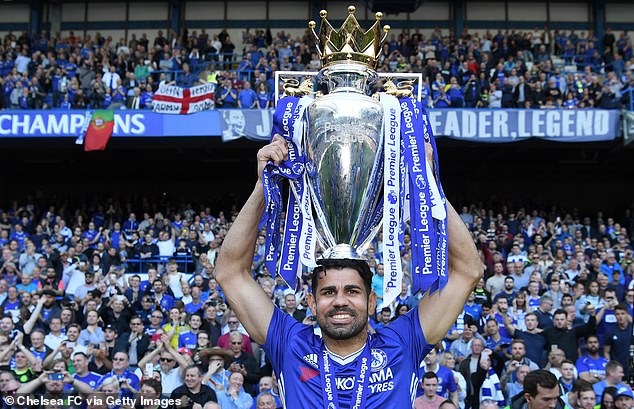 Costa was one of the best strikers while at Chelsea, winning the Premier League twice

Meanwhile his relationship under Conte also ended under a cloud. Before he barely had a chance to put his Premier League title winners’ medal away, he was sent a text message by the current Spurs boss saying he had no future at Stamford Bridge despite his excellent season, indicating a fall-out between the pair.

But his record since leaving the Bridge has seen him more active in engaging with referees than actually sticking the ball in the net.

Across his second spell at Atletico Madrid and Brazilian side Atletico Mineiro, who he left back in January, he has picked up more yellow cards than goals, with his 25 bookings one more than his tally in front of goal. 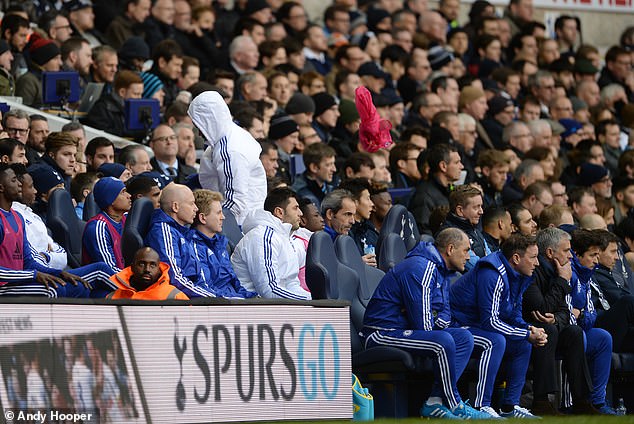 But Costa fell out with both his Blues managers, including infamously throwing a bib at Jose Mourinho during a Premier League game at Tottenham in 2015 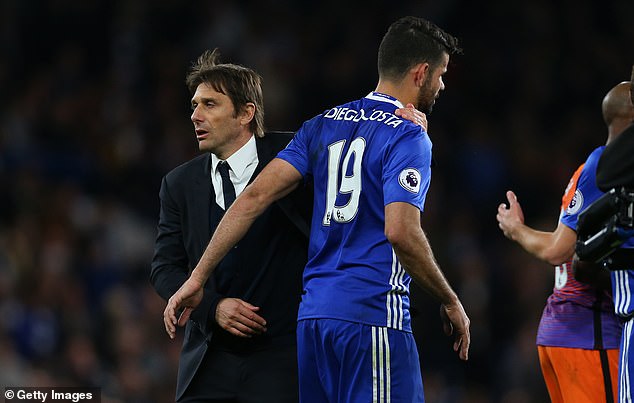 Who knows if his form has tailed off even more since his sudden departure from the Brazilian side? He hasn’t played since before last Christmas, shortly before his contract was terminated.

On the face of it, it seems Wolves have signed a player who is not only past his Blues best but also likely to just bring trouble on and off the pitch – so does he actually have anything to offer?

First let’s look at that contract termination in Brazil – it wasn’t as negative as you may think. Costa was actually much loved at the club, even if his best form had deserted him with just five goals across 19 games. The reason behind his premature exit ahead of his contract ending at the end of 2022 was because of the failure of his daughters to settle in Brazil.

Supporters wanted him to stay, especially after he helped them to their first league title in 50 years, and there was certainly no ill-feeling from the club upon his exit. 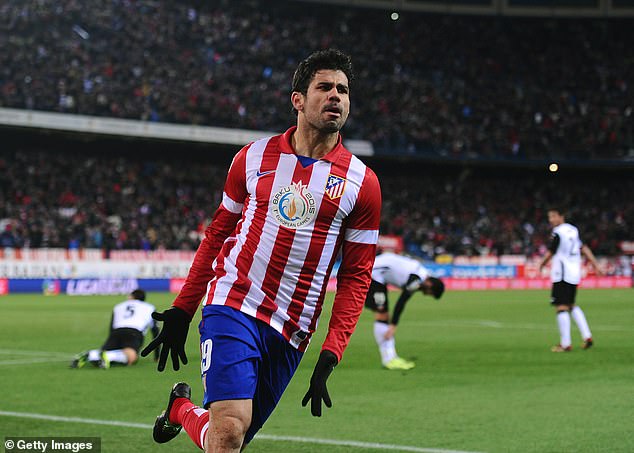 At the very least then, Wolves supporters can hope Costa will still have some sort of desire to succeed and is not just popping back to England for one final payday.

The big question though is can he help solve Wolves’ shyness in front of goal? And if so, how?

To look back on his Chelsea form for answers is perhaps not the place to go. His excellent body strength combined with explosive power is not nearly the same as it was at his peak and to expect that sort of form, at least on a consistent basis, now seems unrealistic.

First off, it doesn’t appear it will take him long to get match fit, or if not that, at least be worthy to make an impact from off the bench.

His final eight months in Madrid were spent training alone, yet nine days after joining Mineiro, he grabbed an equaliser with six minutes left having found space at the back post to crash home a volley. 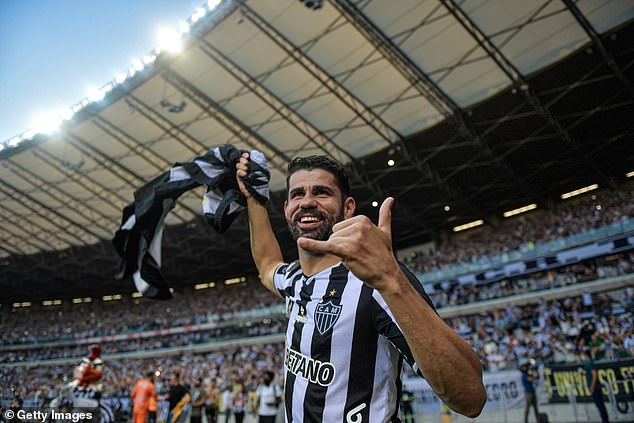 Sharpness inside the penalty area then does not appear to have waned even if we have to be a little careful in trying to compare defenders in Brazil’s national competitions with those in the Premier League.

Costa isn’t just about goals though and just his physical presence can help bring his new Wolves team-mates into play.

After all, Jimenez is not a bad finisher – and if being able to benefit from more chances the Mexican is likely to increase his goals tally.

Costa’s ability to hold the ball high up the pitch and occupy defenders is exactly what Wolves need to help bring their attackers into play – and that strength has not gone away. 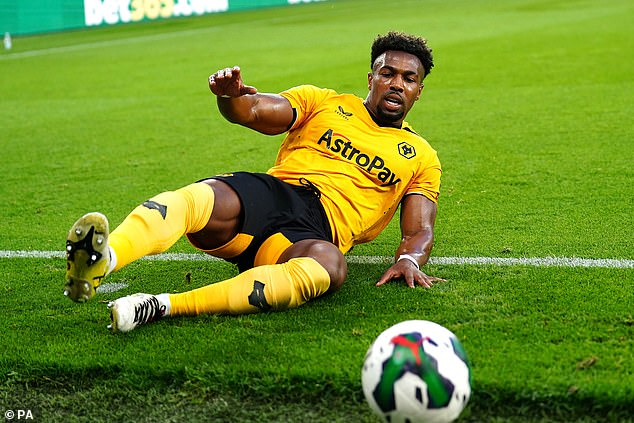 Wolves do have pace to burn and if Costa can link up with Adama Traore by releasing him into space then it’s already an improvement on their current creative woes.

The one concern Wolves may have is his injury record. He was troubled with thigh problems during his time at Mineiro and your mid-30s isn’t exactly an age where injuries start to disappear.

But on a free transfer and with no other answer to Wolves’ attacking woes, Costa could be the perfect man to get Lage’s team firing again.

He might not be the long-term solution but even managers he failed to gel with during his last Premier League spell got goals out of him. As ever with the Spaniard though, it is unlikely to be dull.