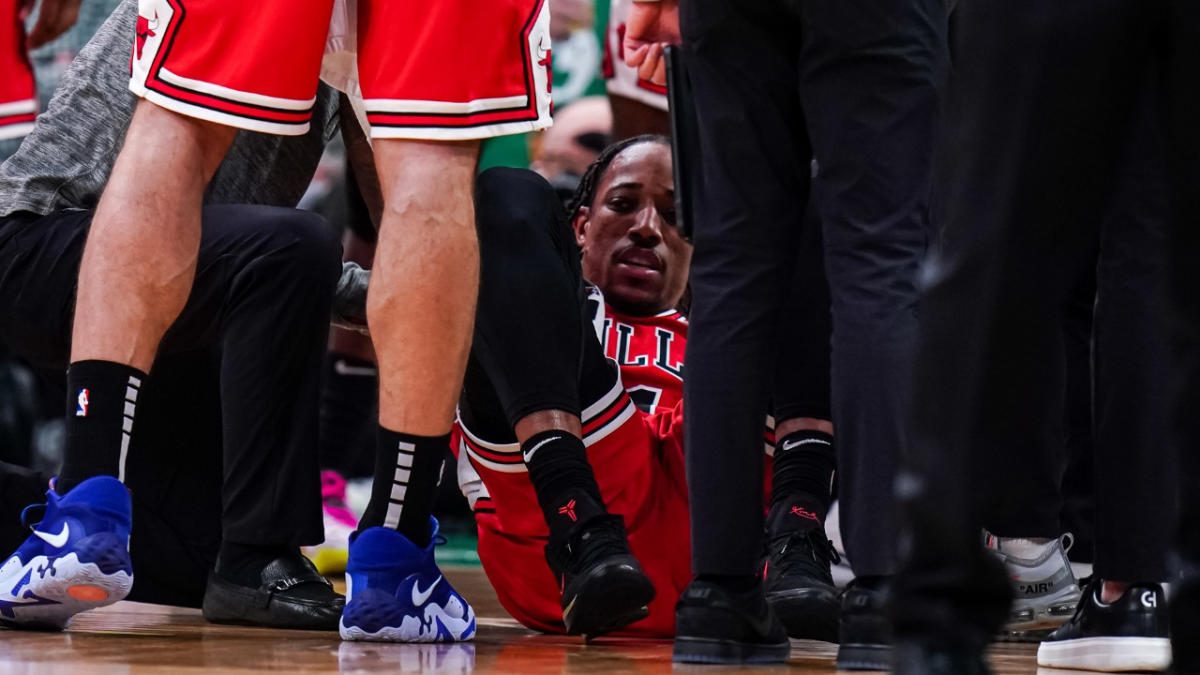 BOSTON — DeMar DeRozan left the Chicago Bulls’ loss to the Boston Celtics Monday night in the third quarter with a right quad strain.

The play occurred when DeRozan slipped while trying to attack Al Horford — he initially thought he got tripped — and got whistled for traveling with 8 minutes, 27 seconds left in the period.

DeRozan stayed on the floor for several minutes but then spent most of the ensuing timeout pleading his case with officials. He played until the 6:26 mark of the third before exiting and heading straight to the locker room.

DeRozan, who said he quietly has been playing through soreness in that quad for eight games, hasn’t missed a game yet this season and takes great pride in that.

“That’s me. Nobody can really pinpoint times I’ve left out of games,” DeRozan said. “So if I leave out of a game, it’s something serious. I play through a lot that I don’t mention. My whole career, I’ve kind of been stubborn when it comes to that. I just want to always be on the floor.”

That said, DeRozan said he will address this situation “day-by-day.” He planned to begin treatment on the charter flight to Washington, where the Bulls have an off day scheduled for Tuesday in advance of Wednesday’s matchup against the Wizards.

“It’s been bothering me for eight games. I just never said nothing. I do a lot of things that nobody don’t know,” DeRozan said. “You feel it.

“To me, when the season starts, physically we go through so much stuff that you just gotta deal with it. In my mind, knock on wood, as long as nothing is torn or broke, I try to assess myself and feel like I could play through almost anything. That’s all it is. It’s nothing too serious to be extra overly concerned about. It’s just one of those uncomfortable things that I don’t want to linger and keep worrying about.”

DeRozan said he had no regrets trying to initially play through the strain and that doing so didn’t worsen the injury. Nobody connected to the Bulls who spoke about it sounded overly concerned.

“I thought I tripped. Apparently I didn’t trip over nothing but the parquet floor,” DeRozan said. “When I tripped, my quad has been sore and bothering me and it kind of contracted a little bit more and made it a little bit more irritated. That’s all. Felt like I couldn’t move like I wanted to so I just didn’t want to limit myself and slow the team down in any way. So I made the decision to come out.

“I feel fine other than just being irritated and uncomfortable. Nothing too crazy. It’s just in that spot where (when you’re) moving, you just need that to simmer down and not be so sore and make me feel limited making certain kind of movements.”