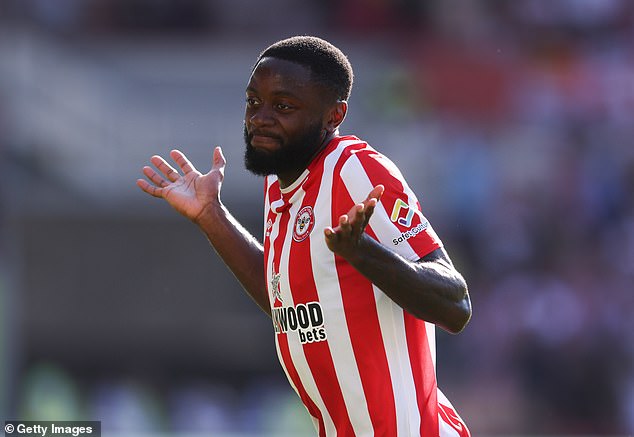 By David Kent For The Mailonline

Former Arsenal midfielder Josh Dasilva says sharing the pitch with his old team-mates this afternoon would be a moment to savour having not long ago been told that he might not play football again.

Dasilva, now of Brentford, first joined Arsenal when he was eight before opting to leave the club in 2018 and was part of the same group as Emile Smith-Rowe and Eddie Nketiah, and has also played with England star Bukayo Saka.

And Dasilva says it would bring him a great deal of pride if he were able to share the pitch with his former team-mates when the two sides face off, although Smith-Rowe could miss out through injury. 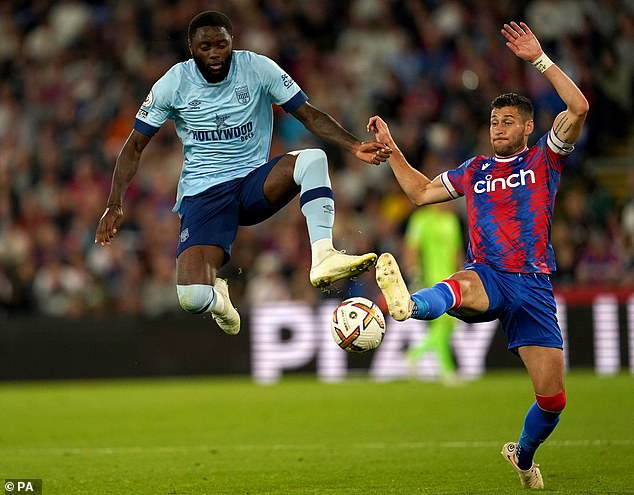 ‘I know how hard it is to be where they are and sharing that pitch with them, playing in probably the best league in the world, is second to none,’ he said.

‘We’re all enjoying playing in the best league and it’s a very proud moment.

‘I’m just proud of the journey that we’re all going on. It’s all different but we’re all sort of at the same destination, so it’s great.’

Dasilva made a handful of appearances for Arsenal’s first team before opting to leave for Brentford, and his time in north London saw him work under Premier League legend Thierry Henry, who was instrumental in his switch from striker to central midfield.

The Brentford man admits it was a tough decision to leave the club, but one he is pleased he made.

‘The decision itself was hard, but I had to think about my career,’ he said. ‘At the time I didn’t really see a pathway for me to get into Arsenal’s first team. I needed to make my name elsewhere. 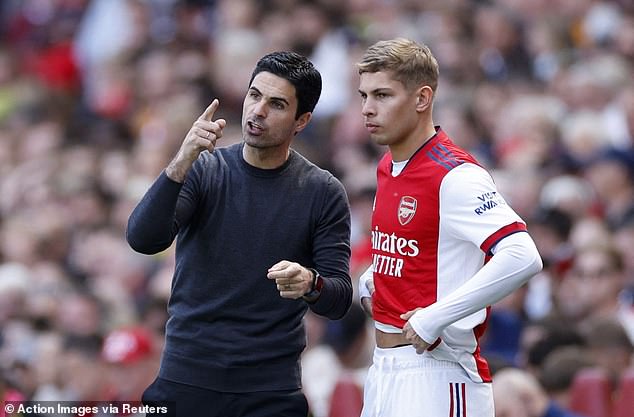 ‘It doesn’t really matter what path you take. Eddie’s chosen that path, I’ve chosen this path.

‘I always said I would never regret the decision of leaving. It was not a decision made lightly but I’ve enjoyed my time at Brentford.’

Dasilva has made a fine start to the season, scoring against Leicester and then against Man Utd – who he supported as a boy and recalls wearing a United shirt to one of his trials with Arsenal.

But the midfielder is fortunate to be in a position to play football at all, having not long ago been told that his career could be over because of issues in his right hip which kept him out for 11 months. 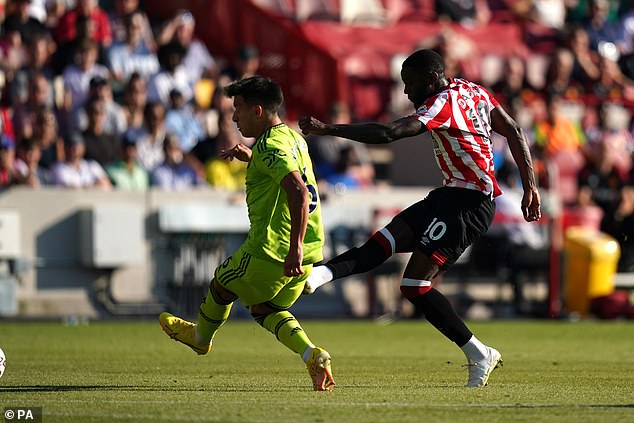 He was then dealt a further blow last season not long after making his return to action, sustaining a hamstring injury while serving a suspension for being sent off against Newcastle.

‘I laughed, really. I didn’t really think too much of it,’ he said of his reaction to being told that he might not be able to play again.

‘I think the hamstring injury was harder than the hip injury mentally. I sort of knew my season was, I wouldn’t say over, but because we needed points I knew I wasn’t in the position to start games.

‘There was a lot of emotion against Leicester and my brothers and my cousins were in the crowd so to share that moment with them and the team, obviously the boys have known my situation, and Thomas (Frank) as well was really good.’