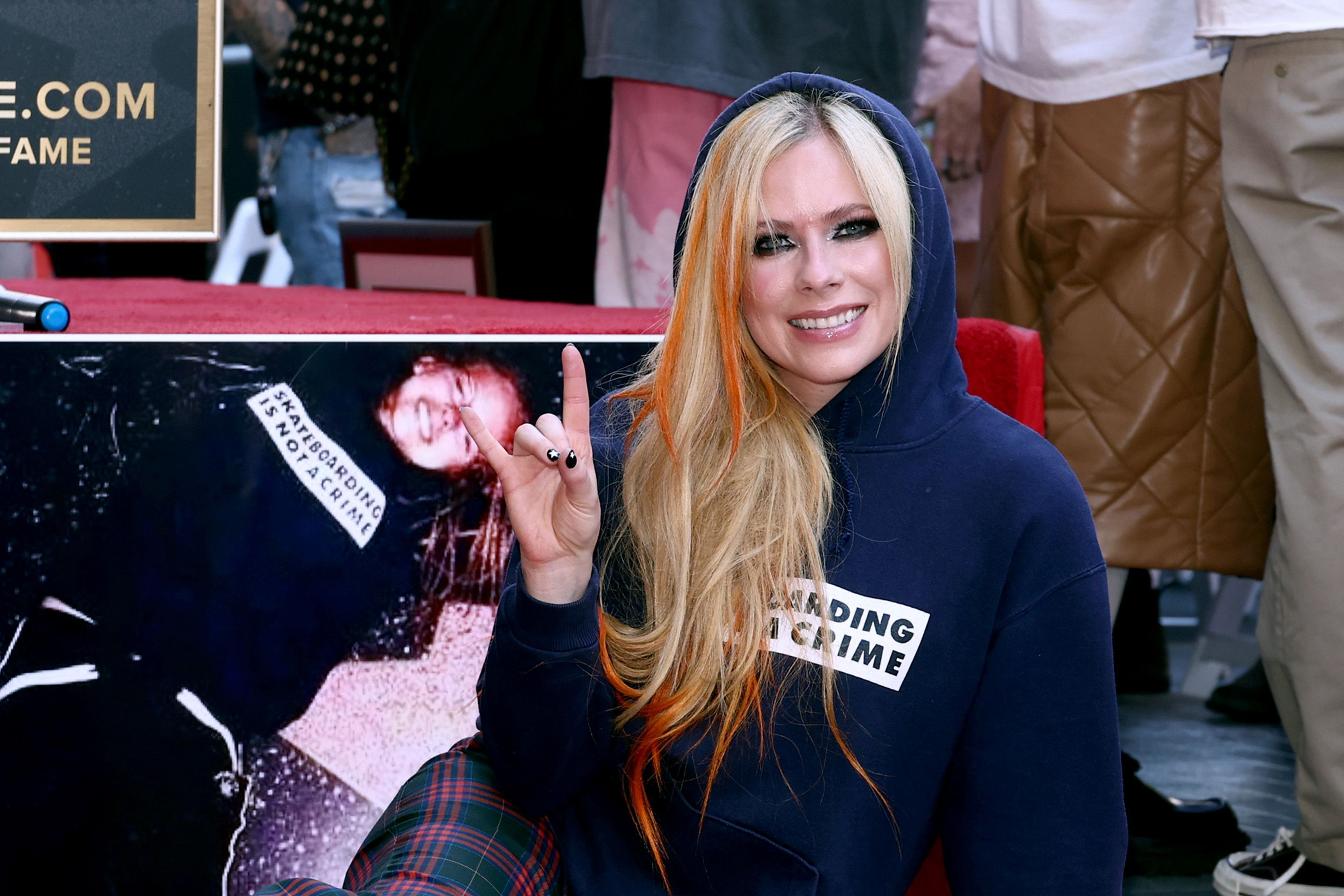 Avril Lavigne was smiling ear to ear as she received her star on the Hollywood Walk of Fame in Los Angeles, Ca.

Lavigne arrived at the ceremony in a matching tartan blazer and pant set. The blazer had a black harness that gave Lavigne a rock’n’roll edge. She wore black Giuseppe Zanotti chunky boots to complete the look, which overall had a British pop-punk feel.

After receiving praise from musician and producer John Feldman, who has worked with the singer, among others who were there to honor this historic moment in her career, Lavigne decided to switch it up for the later photo opportunities.

She went from her formal-with-a-twist take on tartan to keeping the tartan pants, but she switched into a hoodie that was an homage to one of the first hit songs that catapulted her to fame, “Sk8er Boi.” Emblazoned across the hoodie were the words “Skateboarding is not a crime” in all capital letters.

Lavigne even had a camouflage skateboard with her name in yellow and the words “Sk8er Boi” emblazoned in red on it to pose for photos. She switched her footwear to black lace-up sneakers with chunky multicolored laces.

The singer, who is known for making statements with her hair, also had an artistic dye job. Most of her hair was dyed bleach blonde, with the tips an orange-red almost giving the impression of fire. Lavigne also opted for very dramatic makeup with a glossy lip and smoky dark eye shadow and eyeliner, with a hint of glitter at the corners of her outer eyelid.