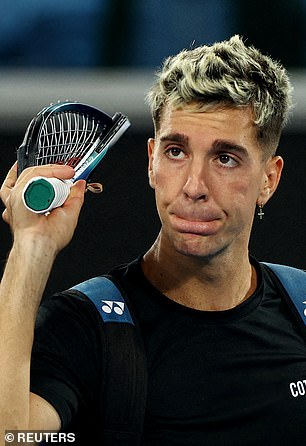 Thanasi Kokkinakis could not hide his heartache after being beaten by Andy Murray in five sets at the Australian Open – with the local favourite posting a tweet to show his dejection.

Kokkinakis found himself two sets up against the three-time Grand Slam champion – after winning the first two 6-4, 7-6 – and looked to be heading into the third round before Murray embarked on an incredible comeback.

Murray won the third 7-6 in a tie breaker before winning the fourth 6-3 and the fifth 7-5 to leave his opponent stunned and seal one of his greatest ever victories in a gruelling match that went on until 4:06am. 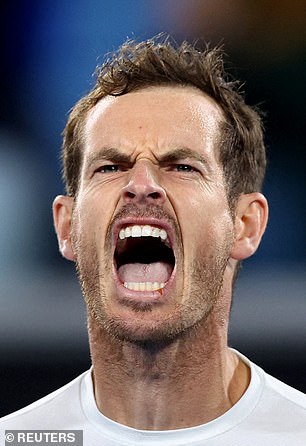 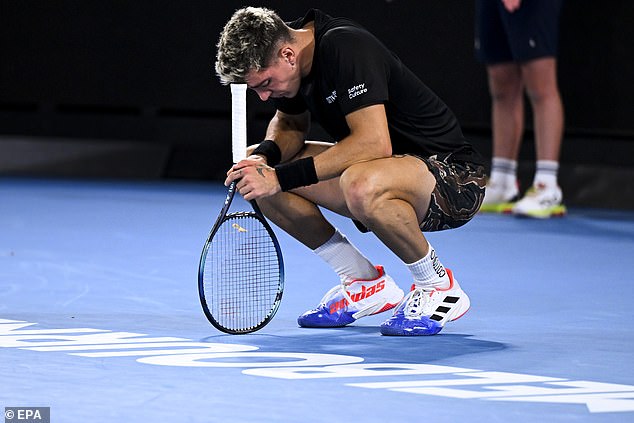 Kokkinakis – who is often a doubles partner of countryman Nick Kyrgios – was left deflated after Murray’s fairytale turnaround and took to Twitter to reveal how distraught the match had made him feel.

Kokkinakis would have been feeling the effects of the lengthy match both physically and mentally after both men battled hard for five hours and 45 minutes in front of a rapturous crowd in the early hours of the morning.

He was vocal throughout the contest and was involved in a confrontation with the umpire over how line judges were calling some of his shots – and smashed up his racket after losing a crucial point to the Brit.

Murray himself admitted the lengthy affair tested both players – having also shown his frustration after being denied a bathroom break. 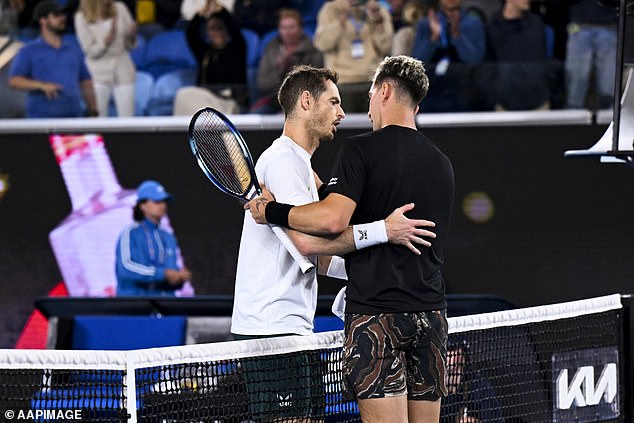 Kokkinakis and Murray embraced after a gruelling match that went on until 4:06am 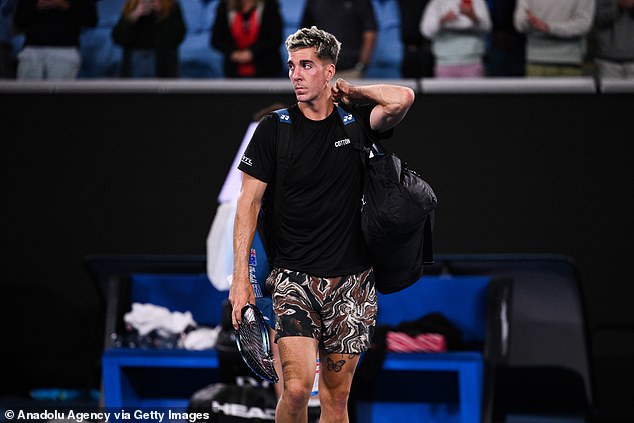 ‘The match was obviously very up and down,’ he said. ‘There was frustration in there. There was tension. There was excitement and all of that stuff.

‘I mean, look, it is obviously amazing to win the match, but I also want to go to bed now. It’s great. But I want to sleep.’

‘Amazingly, people stayed until the end,’ said Murray, who won the US Open in 2012, Wimbledon in 2013 and 2016 and is a five-time runner-up at the Australian Open. ‘I really appreciate people doing that and creating an atmosphere for us.’

He was, understandably, not pleased by the circumstances and the late hour.

‘I don’t know who it’s beneficial for,’ Murray said. ‘A match like that, we come here after the match and that’s what the discussion is: Rather than it being ‘epic Murray-Kokkinakis match’, it ends in a bit of a farce.’