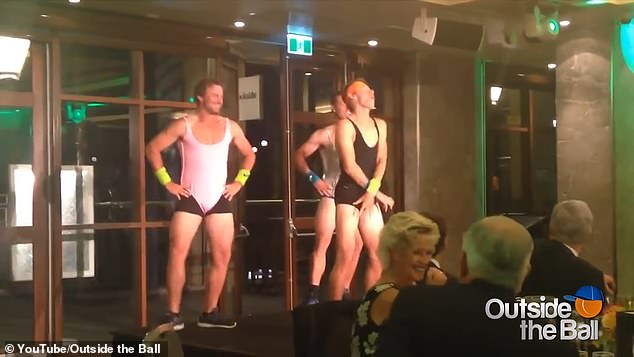 Rising Australian star Alex de Minaur has shown he has the moves to match it with the best on a tennis court, and now resurfaced footage has shown his skills also extend to the dance floor.

The Australian Open 22nd seed has reached the fourth round and will face Serbian superstar Novak Djokovic on the show court on Monday night, local time.

The blockbuster match-up comes after a steady progression over the last couple of years that has included plenty of heroics representing Australia at Davis Cup level.

Now, in a YouTube interview for Outside the Ball, de Minaur has revealed the hilarious hazing ritual the Davis Cup team put him through in 2016.

De Minaur, Matt Reid and James Duckworth took to the stage in spandex leotards for a dance routine straight out of a 1980s television aerobics show 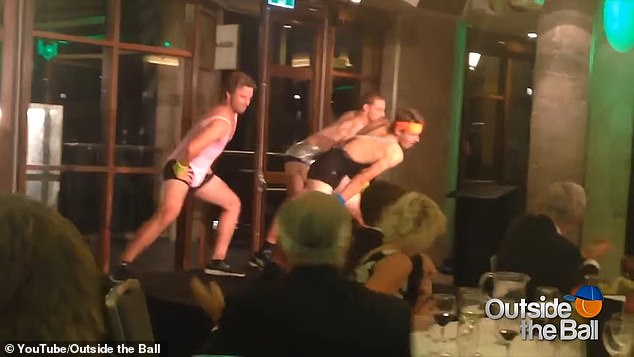 The boys got right into the dance routine as they performed in front of tennis dignitaries, teammates and members of the Australian tennis community

In front of a room of tennis dignitaries, de Minaur was joined by Davis Cup teammates Matt Reid and James Duckworth in spandex leotards as they performed a dance routine he probably wishes was not caught on film.

‘Oh well, as the orange boy you gotta come out with something,’ he laughed.

Fortunataly, de Minaur did not have to it alone and he thanked Reid and Duckworth for having his back.

‘It’s your initiation and with Matt Reid and James Duckworth they thought for my initiation it would be a great idea to go out in a leotard and pretty much do a dance routine,’ he explained.

‘At first I pretty much told them that there was no chance I was going to do that by myself.

‘But they they had my back so I just thought it would be funny. We all went out there we had a good time – probably one of the most embarrassing moments of my life, but it was a fun time.’

De Minaur is passionate about representing Australia and has no regrets about breaking out the dance routine as an initiation into the world of the Davis Cup.

‘That’s what Davis Cup is. I mean it makes you do some crazy things. I never expected myself to do that,’ he said.

His passion extends onto the court and the 23-year-old was a driving force behind the Australian team’s surge into its first Davis Cup final in 2022 after a 19-year drought. 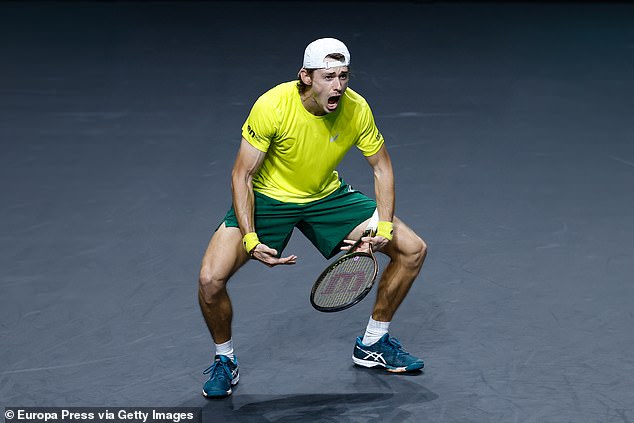 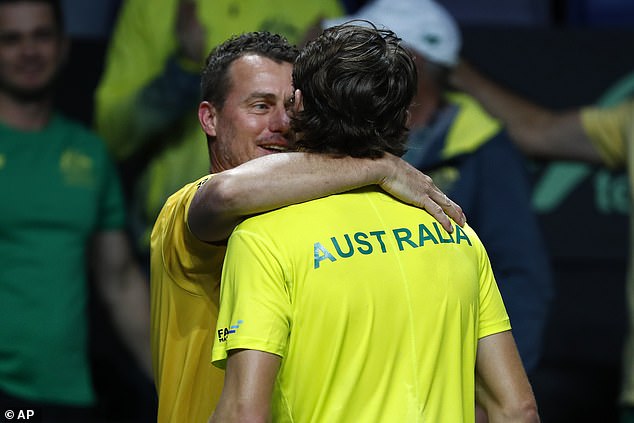 Jordan Thompson and de Minaur lifted the Aussies past the Netherlands 2-0 to reach the semi-final before de Minaur’s heroics against 2014 US Open winner Marin Cilic to lift Australia past Croatia to reach the final.

With Nick Kyrgios forced to withdraw from the Australian Open through injury, world no.24 became the nation’s leading men’s hope.

He is hopeful of reaching the second week of the Aussie slam after advancing to the round of 16 with a dominant 7-6 (7-0) 6-2 6-1 win over France’s Benjamin Bonzi on Rod Laver Arena. 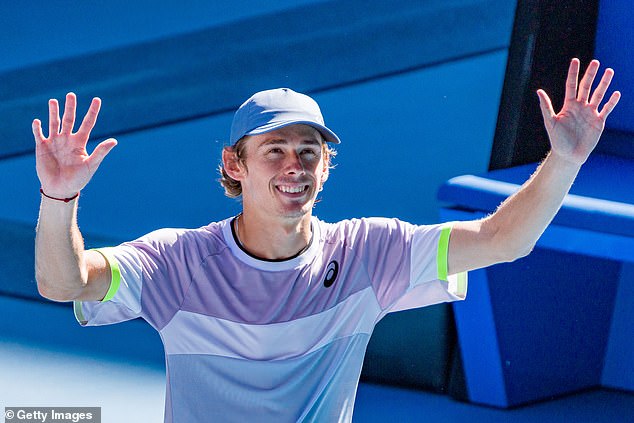 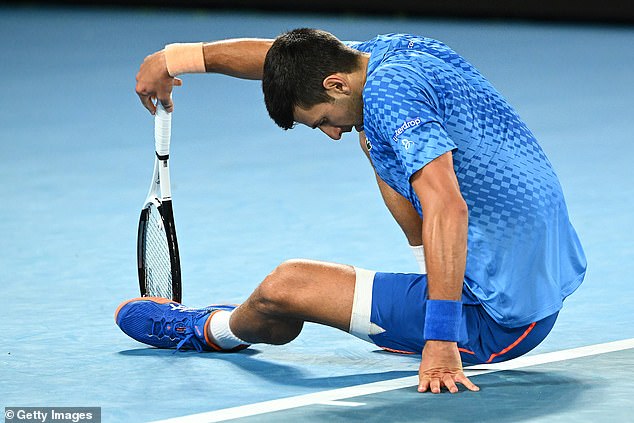 Djokovic has nine Australian Open titles to his name already, but his quest for a 10th could be hampered by a troublesome hamstring injury that has plagued him all tournament

Standing in his way, though, will be former world No.1 Novak Djokovic, who has defied a hamstring injury to reach the fourth round in his quest for a 10th Australian Open title. De Minaur stands ready.

‘Ultimately, if you want to go deep, and you want to really take it to the best players in the world, that’s the game plan,’ he said.

‘I mean, you’ve got to step it up. It’s no secret that against the best in the world you can’t just put the ball in the court and wait for them to miss because that’s just not going to happen.’