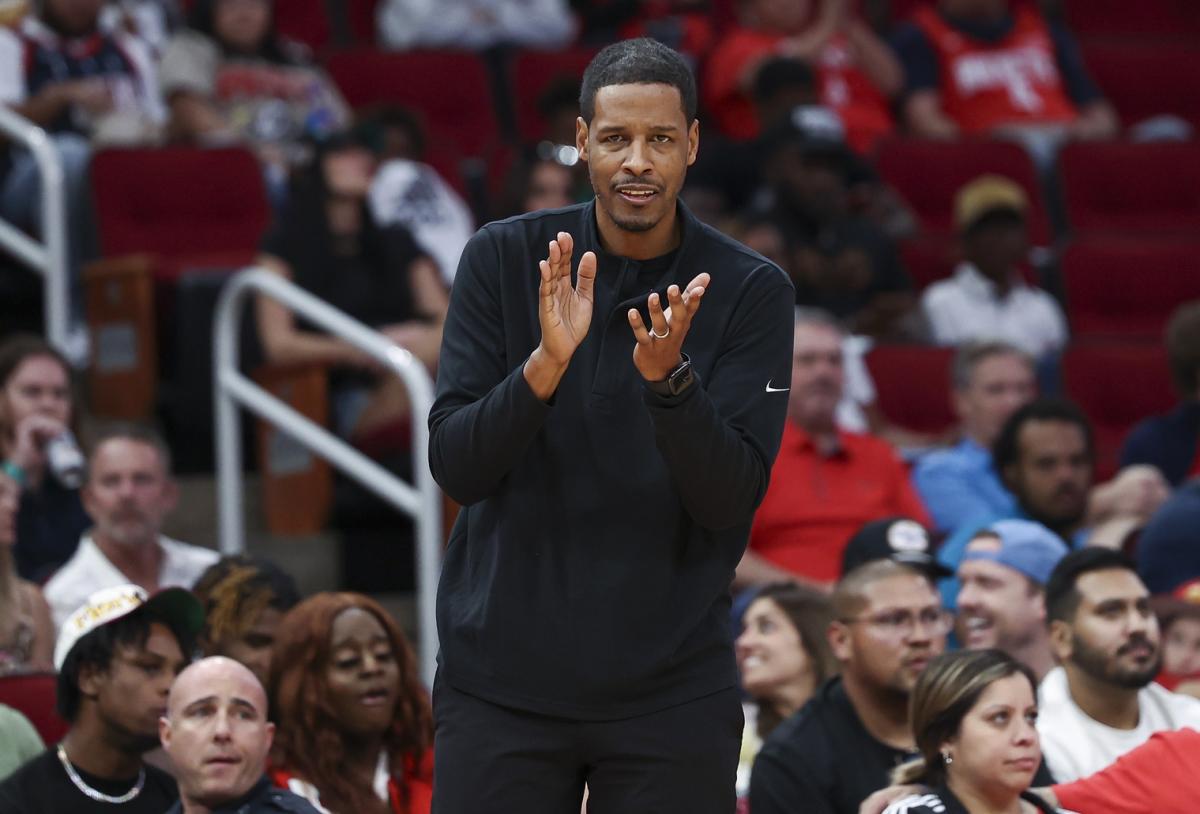 A preseason game between the Houston Rockets and San Antonio Spurs may not have seemed like much more than an exhibition for fans watching their favorite players, such as Jalen Green, Kevin Porter Jr., and Alperen Sengun, back on the floor together. Fans were also able to enjoy new additions to the team in highly touted rookies like Jabari Smith Jr., Tari Eason, TyTy Washington, and Stephen Silas.

No, that was not a typo. I did say, Stephen Silas.

Although he is entering his third season as the head coach for the Rockets, it is his first year in which there no significant adversity to face entering training camp or the regular season.

Most of his players have now had at least one year of service under his leadership, which was very different from when he first stepped foot inside Toyota Center as head coach back in October 2020.

Entering a shortened offseason due to COVID-19, former Rockets head coach Mike D’Antoni decided not to return to the team. After an extensive coaching search, Houston agreed to hire Silas, a long-time NBA assistant who had experience coaching NBA superstars such as LeBron James, Steph Curry, and Luka Dončić.

Since the Rockets had two elite players at the time in James Harden and Russell Westbrook. Silas’ job was initially about bringing an offensive system that would revolve around the smooth, silky shooting and playmaking of Harden while creating more space for Westbrook to utilize his powerful athleticism and attack the rim.

It seemed like a dream job for Silas, but it soon turned into a nightmare, as rumors swirling around the team that offseason about the two stars being disgruntled finally became a reality.

Westbrook, who was traded to Houston in July 2019 amid reports of friction between Harden and another future Hall of Famer (Chris Paul), reportedly wanted out a year later and was sent to Washington in exchange for guard John Wall and a future first-round draft asset. That deal was not completed until the week training camp started.

Even with the departure of the 2017 NBA MVP, Silas still had the player who won the award the next season in Harden. However, Harden soon asked out, himself, following the departure of D’Antoni and former general manager Daryl Morey. After reporting to training camp late, Harden opened the season with the Rockets and appeared in eight awkward games before forcing a trade to Brooklyn.

Between the Harden and Westbrook debacle, injuries, trades, and players going in and out of the NBA’s health and safety protocols due to COVID-19 issues, Houston finished 2020-21 with a horrid 17-55 record, ending a tumultuous season for the rookie head coach.

The 2021-22 season was supposed to be somewhat better, with former All-Star point guard John Wall leading the resurgence of the Rockets’ youth movement after drafting the likes of Jalen Green, Alperen Sengun, Josh Christopher, and Usman Garuba.

Combine that with Kevin Porter Jr., who Houston acquired from Cleveland in January 2021, and it looked as if Silas had the recipe to pull the Rockets out of the bottom of the Western Conference.

Yet, once again, Houston had to deal with another disgruntled star in Wall, and he and the Rockets mutually agreed that he would not play as the organization looked for qualified teams to trade with. A 31-year-old floor general with high usage wasn’t an ideal fit for a rebuilding team, and the final resolution of a contract buyout wasn’t reached until late June.

Although Silas had a plan to replace Wall by inserting Porter into the starting lineup, it was just another distraction that would linger over his head as he frequently answered questions about Wall throughout the season. In the end, with a 20-62 record, Houston finished at the bottom of the West for a second consecutive year.

This year, Silas took some time in the offseason to gather his thoughts and wrap his mind around everything that had happened the first two seasons of his head coaching career. He took delight in knowing that he would finally begin the season with talented players to add to the roster in the form of those 2022 first-round draft picks alongside a nucleus of young, athletic players already on the team.

With an entire offseason and no more drama to deal with from disgruntled superstars, it is almost as if Silas is starting his rookie season with the team in 2022-23, as opposed to his third season.

“We had a long summer, which is normal for a team like us,” Silas told reporters. “I am excited about our young guys because they are all good workers, super, super competitive and to some extent they have a chip on their shoulder. Which I love. It is for sure different from year one and year two. I might have a few more grey hairs because of those first couple of years.”

With no more turmoil and adversity surrounding the team, we might get a chance to finally witness the Rockets’ true “Rookie of the Year.”