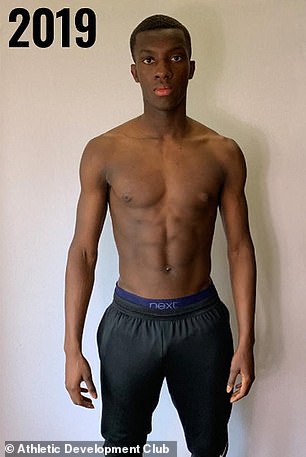 Eddie Nketiah’s personal trainer has revealed how the 23-year-old’s incredible body transformation has helped him thrive for Arsenal and bully defenders in the Premier League.

Nketiah scored twice on Monday evening to help Arsenal beat Oxford United 3-0 and book a place in the FA Cup fourth round. As a result, Nketiah has now scored four goals in four games since the World Cup and become one Mikel Arteta’s star players.

Nketiah’s personal trainer says his impressive form on the pitch is thanks to the work they have been doing in the gym over the last three years. The PT also credited Nketiah’s ‘attitude and commitment’ for his impressive transformation. 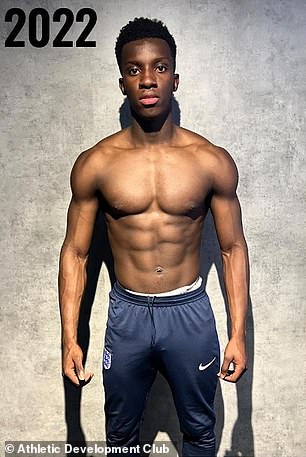 Nketiah previously credited his gym routine during lockdown for helping him muscle his way into the Arsenal first-team.

The 23-year-old star has continued to work hard behind the scenes to build muscle and develop his strength.

The difference in Nketiah’s body has been highlighted by ESPN – who compared pictures from 2019 and 2022.

During a short clip posted on Twitter, Chris Varnavas – Director of Athletic Development Club – explained how he had helped Nketiah.

Varnavas told ESPN: ‘He’s [Nketiah] one of the best athletes we’ve got on our books in terms of his attitude and commitment. He’s just on another level.

‘His goal was to build a bit of muscle, build some strength and work on his athleticism. So, like his strength, his speed and his power.

‘So, yeah, we sat down with the family, with himself and we put a plan together. What we do in the gym, we transfer it onto the pitch. That’s the most important thing.

‘You saw the other day, he had a good amount of strength to kind of get hold of the defender but also be agile enough to turn efficiently and score an amazing goal as well. 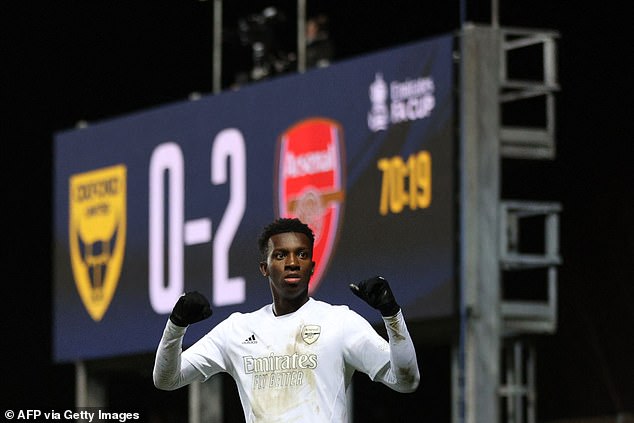 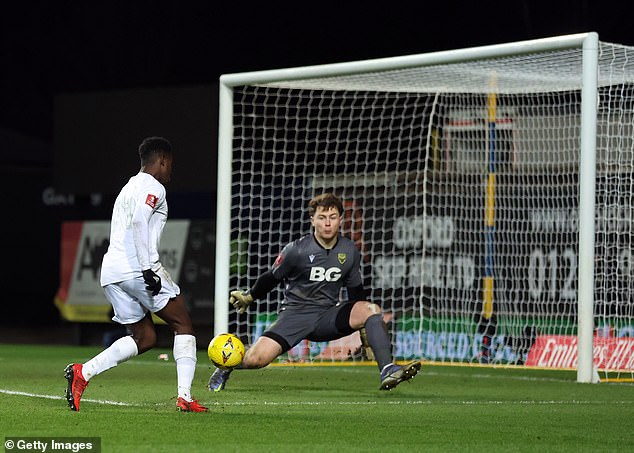 As a result, Nketiah (left) has now scored four goals in four games since the World Cup

‘So, I am really happy with his progress so far and the opportunity he’s been given at the moment. I definitely can see him staying at the highest level really.’

Arteta has been equally as impressed with Nketiah. Speaking after Arsenal’s 3-0 win on Monday, he said: ‘[Nketiah] showed great composure. He’s a great finisher, the timing of his runs and the decision making.

The Arsenal manager went on to add: ‘His [Nketiah’s] understanding, his work rate, I think he’s getting better and better.’ 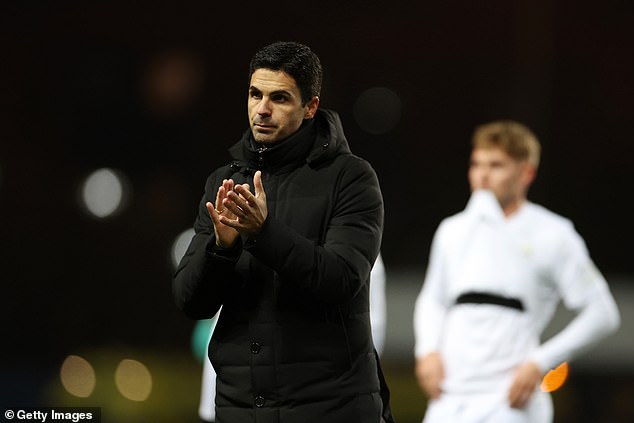