We live in an era where the terms Quiet Quitting and Work From Home have gained common currency in the language.

This is also, still, the era of Andy Murray in tennis. He stands out as someone who represents the complete opposite of those terms, and will continue to do so.

The 35 year-old Scot was heading home last night after a week that was fairly extraordinary, even by his standards. Before leaving he tweeted:’ ‘2 days ago I randomly bumped into the doctor who in 2017 told me “The good news is the problem you have in your hip can be fixed but you won’t be able to play professional sport again.” I think we dispelled that myth the last 5 days.’

Murray thrives on having something, or someone, to push back against. Anyone suggesting that he could not become the first player to compete properly in singles with a metal hip, whether from the medical world or the media, is perfect fodder.

He has not quietly quit, and working from home is a modus operandi he barely recognises.

Even as the father of four children, with more wealth accumulated than he could ever spend, he remains intent on living the peripatetic life he chose, in order to squeeze every last drop from his career.

Murray played and prepared for nineteen tournaments last season that were far away from his London base. At the end of all that he took himself off to Florida for three weeks to work with Ivan Lendl. 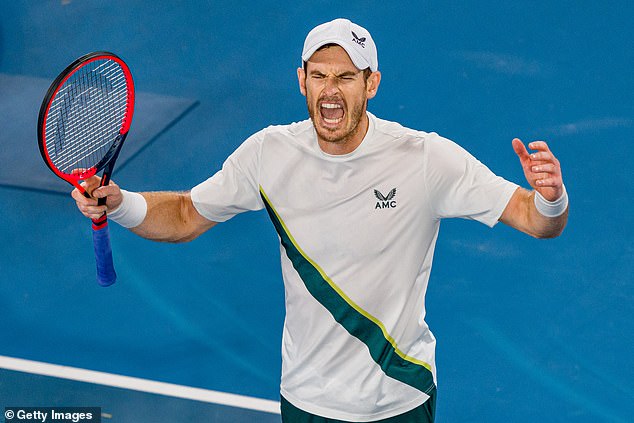 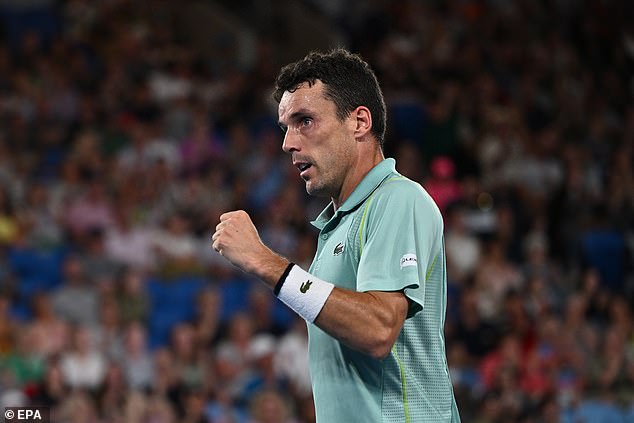 Immediately after Christmas he left for Australia, from where he is now returning, battered and weary.

Yet the travelling never stops, and the slacking never starts. In February he will play indoors in Rotterdam, and then head to Dubai, before flying across to Indian Wells in California, and then Miami.

Murray’s immediate priority is to get his ranking up to a position where he will be seeded for tournaments, and thereby avoid having to face the likes of Matteo Berrettini in the first round, as he did at this tournament.

The fact is that his ranking has only been marginally improved by the week’s gargantuan efforts, nudging up to 62. 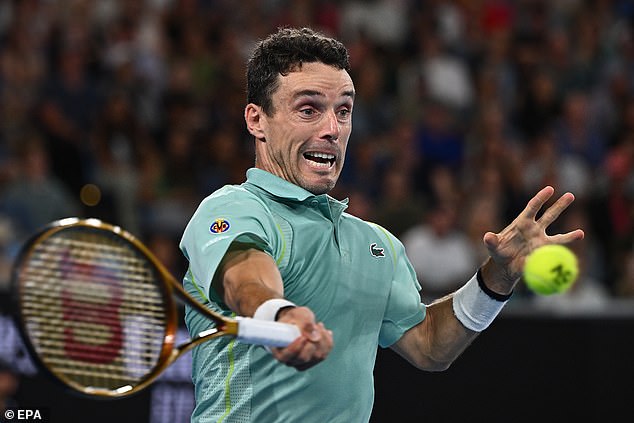 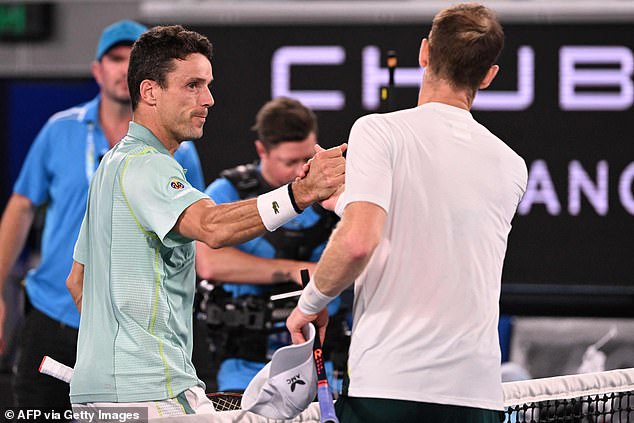 ‘Obviously in the last few years some of the draws at the Slams have been very tricky,’ he said before leaving. ‘ I was quite clear that it was something I wanted to do last year to try and get into the seeded spots. It didn’t quite happen.

‘If I was playing at this level last year, I probably wouldn’t be ranked fifty or sixty in the world.’

The next few months represent an opportunity because he has relatively few points to defend from the corresponding period of 2022, on the twelve-month rolling system.

Watching the events of the week unfold was his close friend from teenage academy years and one-time coach, Dani Vallverdu, currently working with Grigor Dimitrov. He knows Murray as well as anyone on the circuit. 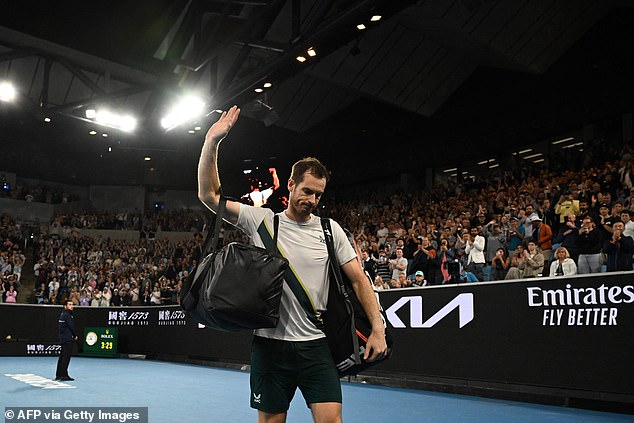 ‘The most important aspect is his love and passion for the game, he breathes it, he follows every level of the circuit, not just the main tour,’ Vallverdu told Sportsmail.

‘Every detail from nutrition, to fitness, the tactical side of the game – he wants to know why things happen and the reasons behind everything. He can be challenging to work with in that aspect.

‘He wants every bit of information so he can find the solution to what he is trying to achieve. On top of that he thrives on proving people wrong or proving something to himself.’

One day even Murray will be defeated by the wear on his body, but it is doubtful that he will be lost to tennis.

The obsessive love and fascination for the sport is more likely to find its expression in coaching than jumping on the punditry train. 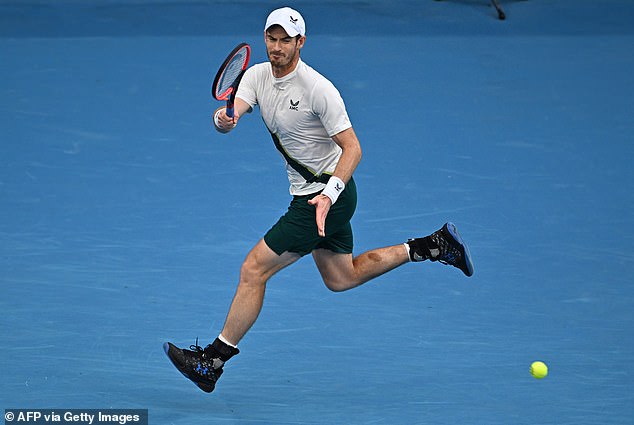 Vallverdu is more convinced than ever that Murray’s odd mix of empathy and extreme competitiveness makes him ideally suited to helping others: ‘I think he would be an exceptional coach. In terms of standards, and understanding what it takes to maximise potential, with everything he has gone through he would be one of the best people.

‘The key to being a good coach is the personal side and he is someone who likes to listen. He is softly spoken but direct, and he will be able to deliver a clear message. If I was a top professional I would hire him in a second if he chooses to go that way.’

It is also very easy to envisage Murray one day becoming Britain’s Captain in the Davis Cup, or other team competitions.

Given that he was GB’s last singles player standing – for the first time since 2017 – it still seems premature for that.

The current holder of the position, Leon Smith, sat courtside through all fourteen hours’ worth of Murray’s three matches and was astounded by his witnessed. 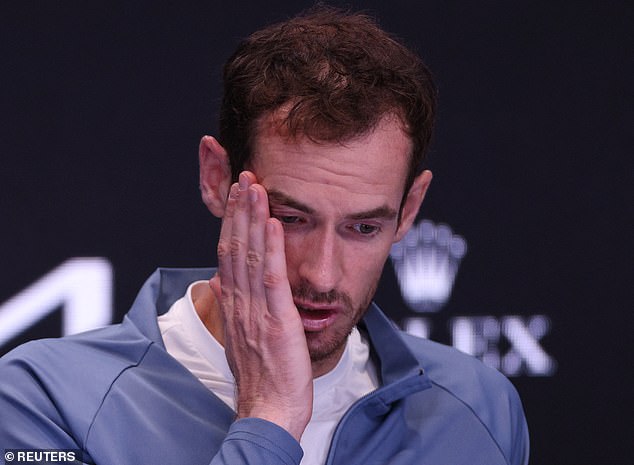 ‘I think it could be argued that it has been one of the most impressive physical acts from any athlete,’ said Smith.

‘When you think what he’s gone through with his hip – to be able to go out there, with the movement side of things and to be able to get up and do it again was incredible.

‘Even to then get back out in the court, anyone of 25 would have been in tatters after those first two matches and he gets out and makes it an unbelievably third round competitive match.

‘His heart is unbelievable. You find it emotional watching him when he’s doing it, just to see somebody go through that. You talk about a role model, that desire that that hunger, we’ve talked about it so long over his career but it’s even more prominent now.’

Murray was not actually selected for GB’s Davis Cup tie in Colombia starting a week on Friday, and it will be a rare weekend for him back at home. Yet you can be assured that, in the depths of winter, he will be staying up into the night watching it on a screen.