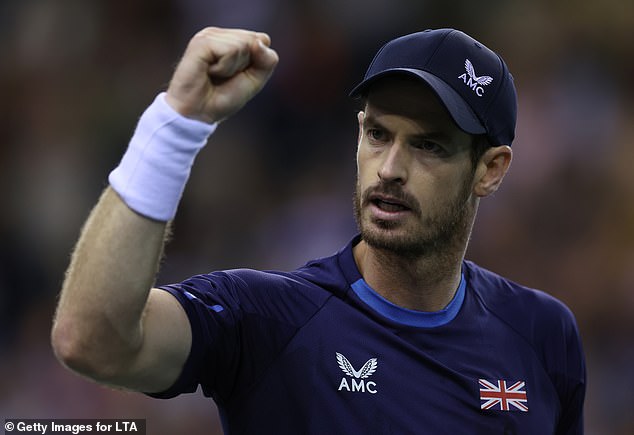 Andy Murray is hoping he will get a final chance to play with Roger Federer at the Laver Cup next week.

Federer will make the last appearance of his professional career at the Ryder Cup-style event that he invented, which pits Europe against the rest of the world, at London’s O2 arena.

Federer, Murray, Rafael Nadal and Novak Djokovic are all part of the European team in what will now become a celebration of Federer’s illustrious career.

Murray, who is six years younger than the Swiss, has played him 25 times, with their first meeting in 2005.

Their most famous matches were in 2012, when Murray tearfully lost to Federer in the Wimbledon final before beating him to Olympic gold on Centre Court, while they also played finals at the Australian and US Open, both won by Federer.

Murray said: ‘Obviously he was an amazing player. I was lucky to get to compete against him in some of the biggest matches, in the biggest tournaments, on the biggest stages in our sport.

‘At the time I probably didn’t appreciate it as much but now, looking back, it’s pretty amazing. It’s incredible what he achieved and also what Rafa and Novak have done, as well.

‘It’s a sad, sad day for the sport. Unbelievable career, the longevity that he’s had. What he did (at the 2017) Australian Open when he came back from the knee surgery and stuff was incredible. 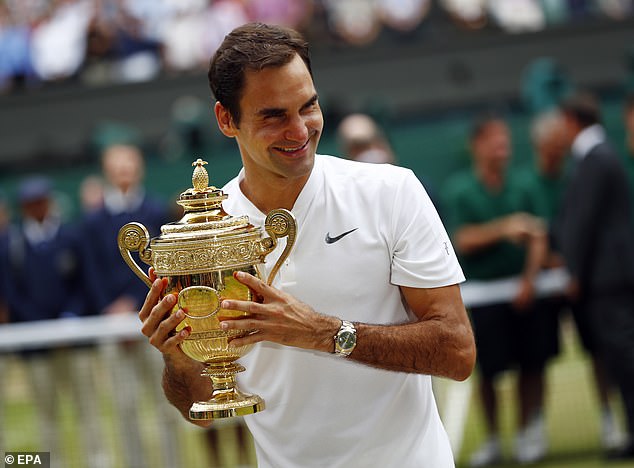 ‘The way that he played the game, conducted himself and all of those things, I think all of the players respected him for that. I’ll speak more on it I’m sure in the coming week with Laver Cup.

‘I don’t know how much he will be able to play. I haven’t spoken to him about that. Maybe I get the opportunity to share a court with him in doubles or something like that. That would be really special.’

The Laver Cup should be a good pick-me-up for Murray after the disappointment of Great Britain’s early Davis Cup exit in Glasgow.

Leon Smith’s side were favoured to make it through their four-man group, particularly with home advantage at the Emirates Stadium, but defeats by the USA on Wednesday and the Netherlands on Friday ended their hopes.

Both ties came down to a deciding doubles rubber and both times Murray and Joe Salisbury were beaten in close encounters. 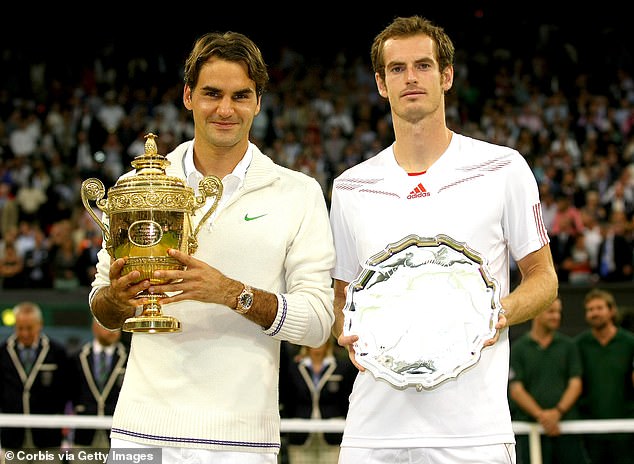 Murray has been used to great nights in Davis Cup for close to two decades but this was a bitter pill to swallow, and there is an irony that the most disappointing campaign of Smith’s long tenure has come when he has the greatest strength in depth at his disposal.

Murray, of course, carried the team in his pomp but, with the switch from five rubbers to three, it is increasingly clear that finding a strong doubles pair is a priority.

Britain has four players in the world’s top 50 in doubles but none play together, which resulted in third-ranked Neal Skupski being left on the bench in favour of Murray.

Whether the 35-year-old would have played if the tie had not been on home soil in Glasgow is now a moot point, and Smith may give him a singles run-out in Sunday’s clash against Kazakhstan, which is a dead match with both teams already eliminated. 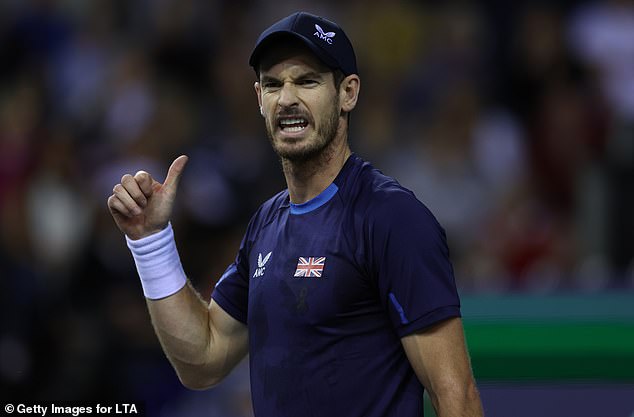 It could well turn out to be Murray’s final Davis Cup appearance, but he admitted it will a tough one to get up for.

‘I have not met a player that loves playing dead rubbers and dead matches,’ he said. ‘It’s difficult to get motivated. Obviously the way that we have lost these two matches as well makes that even tougher.

‘That’s what brings the energy and the passion I think from the fans and the players. I wish we were still alive on Sunday.’

Unless Britain are given another wild card for the last 16 in next year’s competition, they will have to contest a play-off early in 2023, when 20-year-old Jack Draper could well be in line for a debut.