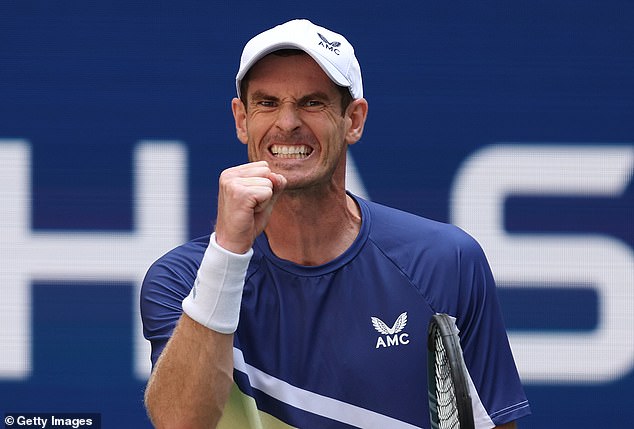 Andy Murray is back in the third round of the US Open, in very different circumstances to the last time it happened.

That was 2016 when the Scot was coming in after winning a second Olympic gold medal, and en route to becoming world number one later in the year.

On Wednesday he made it through with a 5-7 6-3 6-1 6-0 victory over American wildcard Emilio Nava, comfortably surviving a first set scare.

While Murray sailed on, Harriet Dart missed out on her chance to usurp Emma Raducanu as the British women’s number one.

Having eliminated world number nine Daria Kasatkina in the first round, Dart had no answer to the power of Hungary’s Dalma Galfi and went down 6-4 6-0. She will remain just shy of Raducanu, around the eighty mark, once this fortnight is over.

Murray now has a fascinating match against 2021 Wimbledon runner-up Matteo Berrettini, who has been hit by a series of setbacks this season. 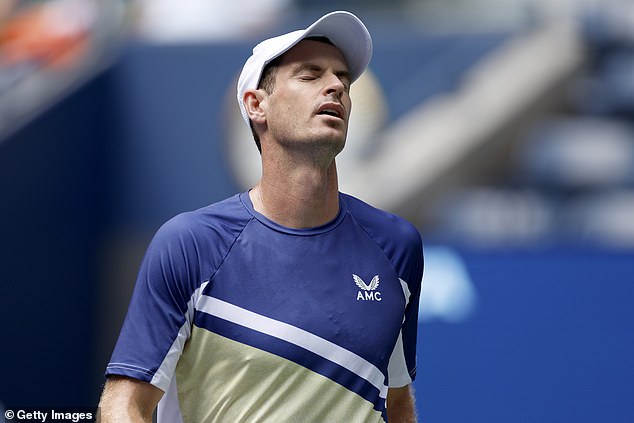 ‘Matteo has had a bit of an unlucky year to be honest,’ said the Scot. ‘I know he got Covid at the beginning of Wimbledon, having just won Stuttgart and Queen’s back-to-back. He had a wrist injury and missed all of the clay season as well.

‘But when he has been on the court, he has done really well. We played each other in the Stuttgart final. It was a tough three set match and I am expecting it to be really difficult. But if I play well and my returns are on point, then I have a good chance.”

Murray was pleased with the way he adjusted his strategy to overcome Nava, and feels in good shape for the forthcoming task.

‘I started to take the ball on a little bit more. He was dictating a lot of the points in the first set. Once I started to hit the ball a bit bigger and deeper I was able to control the points.

‘Physically this is the best I have felt in the last few years. My movement is by far the best it has been in a long time, that has always been a really important part of my game.

‘Nowadays with a lot of the guys hitting huge ball and you need to be able to defend well. I feel like I am doing that just now. I am getting closer to where I want to be and hopefully I can have a deep run here.’ A key ingredient for Murray is the restored relationship with Ivan Lendl, who is back in his corner. 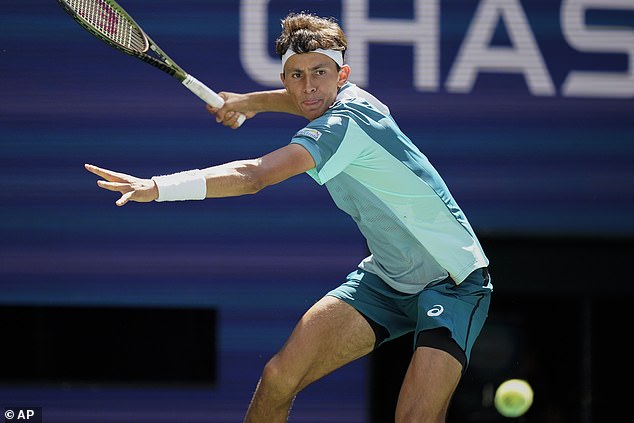 ‘There is a lot of belief in the relationship because of the results we have had in the past,’ he said. ‘I know that if I play a game-style that he wants me to then that will bring me success. So, I trust that.

‘He made eight US Open finals in a row here, he knows what it takes to win and perform well in this tournament. It is great to have him back.”

Jack Draper was on Wednesday night due to try and join him in the third round as he tackled number eight seed, Felix Auger-Aliassime of Canada.

Nava came into the match unheralded, but proceeded to play way above his ranking in a first set that saw Murray rocking back on his heels. 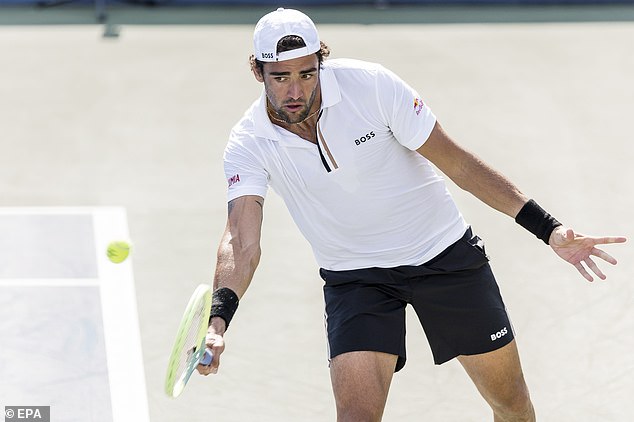 Matteo Berrettini, the 2021 Wimbledon runner-up, awaits Murray in the third round

Having failed to take early break points the Scot became a little passive and struggled to contain the power coming at him. Nava took an 84-minute first set with a spectacular point that Murray seemed to have won on three separate shots in the rally.

The young Californian continued threatening until the 2012 champion finally started breaking down his previously effective backhand.

From then on the gulf in experience showed and the unforced errors began to flow from the other end. The danger had passed once Murray had levelled on sets and the second portion of the match became processional, with the third and fourth taking just 54 minutes.

Follow Sportsmail’s live blog of the US Open second round match between Andy Murray and Emilio Nava.