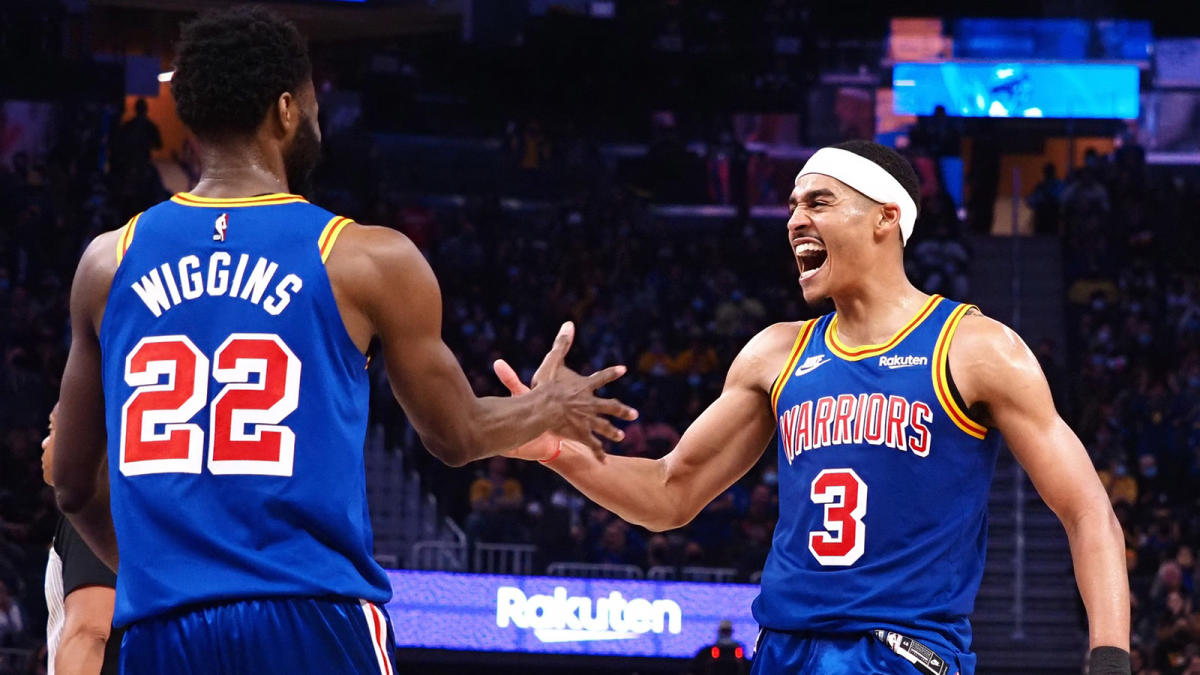 With the 2022-23 NBA season right around the corner, the Warriors’ goal will be the same even if the roster isn’t.

The defending champs had to make some important decisions this offseason that had them part ways with fan favorites like Juan Toscano-Anderson and Gary Payton II.

And those critical decisions will only get more strenuous as Klay Thompson, Draymond Green, Andrew Wiggins and Jordan Poole will all need contract extensions over the next two offseasons.

While it seems like the most obvious decision to keep Green and Thompson in the Bay with their third piece of the Warriors dynasty Steph Curry, Golden State won’t be able to pay both Wiggins and Poole.

A Western Conference executive, who was not named, told Sean Deveney of Heavy.com that he believes Wiggins’ future with the Warriors is more promising than Poole’s.

“Wiggins is like the opposite version of Harrison Barnes, where Barnes won rings early, then wanted to get a bigger role and be the star,” the executive said. “He got to do that for some bad teams and now it is, ‘Jeez, I wish I was winning again.’ Wiggins is going the opposite way. He’s pretty well set on staying with the Warriors, if they can pay him.”

Wiggins, 27, will enter his ninth year in the league after an explosive playoff performance that helped the Warriors win their fourth title in eight seasons.

The Minnesota Timberwolves’ former No. 1 selection in the 2014 NBA Draft found a more comfortable and rewarding home in Golden State and fulfilled every expectation, plus more.

Meanwhile, Poole, who just turned 23 this summer, is entering his fourth year in the NBA after having a breakout campaign last season.

That same executive believes the young guard could be “itching” to chase a bigger role elsewhere, rather than coming off the bench for Golden State.

“Poole, though, could have some [Harrison] Barnes in him,” the executive explained. “He got to show what he can do a bit when everyone was hurt and the team was bad, but he got pushed back within the team once Klay was healthy and everyone was talking about Wiggins and all. It depends on how they handle this contract. But if he gets the sense they do not want him, yeah, he is the one I could imagine looking elsewhere like Barnes did. Of course, they replaced Barnes with Durant. Maybe they’ll do the same with Poole.”

After averaging 8.8 points in his rookie year with the Warriors, Poole unleashed an exciting side of him last year, averaging 18.5 points in 76 games and 51 starts. The “Poole Party” came alive when Golden State needed it most.

There’s absolutely no doubt that both Wiggins and Poole, in their own ways, played a tremendous role in the Warriors’ latest championship run and have quickly become loved and adored by Dub Nation.

While it’s never too early to start thinking about the future, this next season could make a huge difference in whatever the Warriors decide.