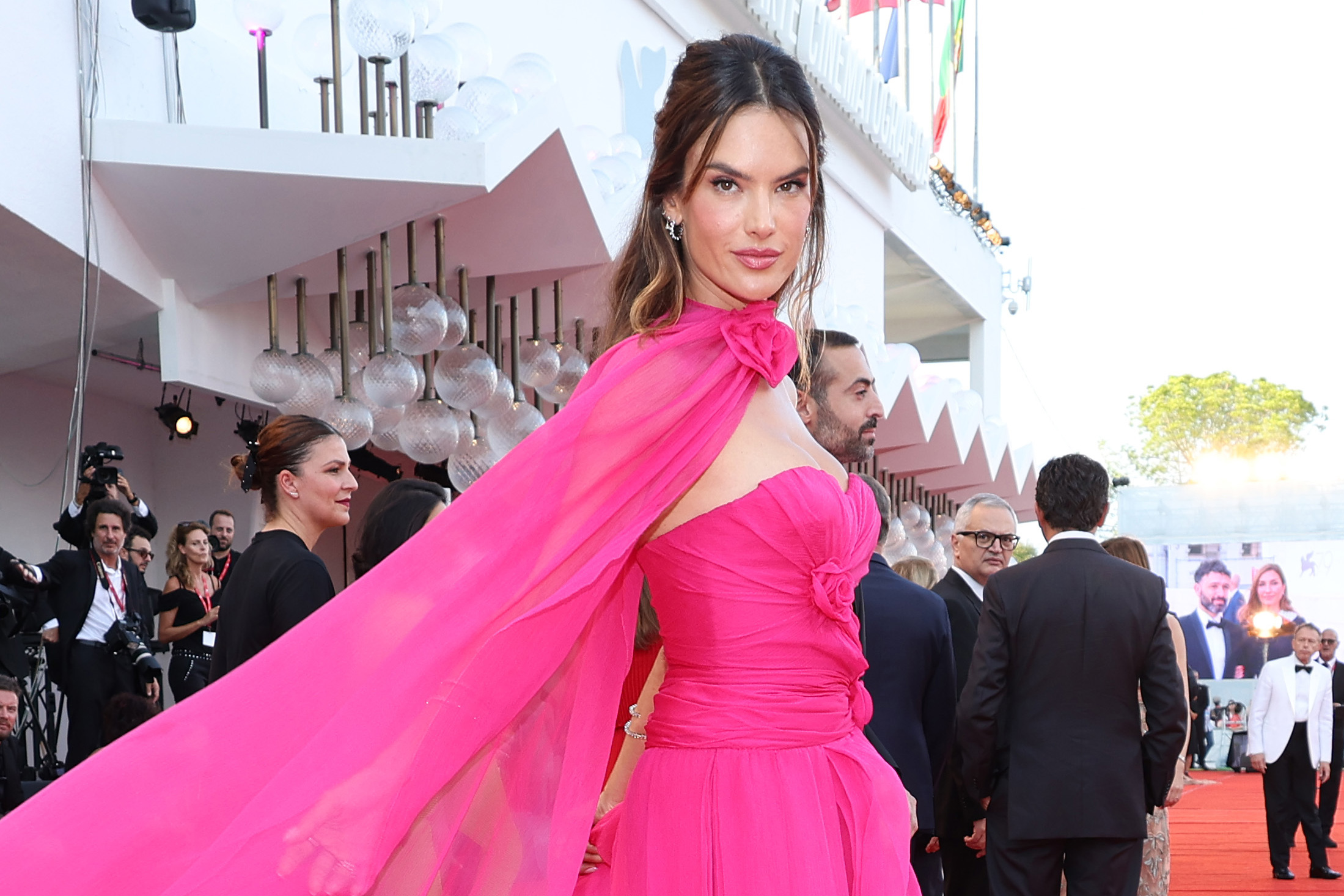 Alessandra Ambrosio attended the 79th Venice International Film Festival in Venice, Italy for the premiere of “White Noise” in a hot pink gown and coordinating footwear. The former Victoria’s Secret Angel was joined on the red carpet by Mohammed Al Turki, a film producer.

Ambrosio’s dress consisted of a constructed sweetheart neckline and sweeping fabric that wrapped around the model’s waist adorned with floral appliqués. The skirt of the garment featured two daring side slits, the dreamy fabric cascading down Ambrosio’s legs. Over her shoulders sat a see-through cape in the same pink fabric that was attached at the neck, also adorned with a flower.

Taking the pink down to her feet, the Brazil native stepped into baby pink strappy sandal heels.

A sleek staple during warmer months, many stiletto sandals feature a simple strap across the toes and a fastener strap around the ankle, creating a barely-there construction.

“White Noise” is an upcoming black comedy featuring big names like Adam Driver, Greta Gerwig, and Don Cheadle written and directed by Noah Baumbach and adapted from the 1985 novel of the same name by Don DeLillo. It is Baumbach’s eleventh narrative feature film and the first not to be based on an original story of his own. The film is set to release in the United States on Nov. 25 before its streaming release on Dec. 30 by Netflix.

The 79th Venice International Film Festival previews upcoming films, with top Golden Lion awards heralded as predictors for the following Academy Awards. The 2022 ceremony, hosted by Rocio Munoz Morales, will run from August 31—September 10, with top contenders including “Blonde,” “White Noise,” “Bones and All” and “Don’t Worry Darling.” This year’s jury will be chaired by Julianne Moore, who is joined on the panel by Mariano Cohn, Leonardo di Costanzo, Audrey Diwan, Leila Hatami, Kazuo Ishiguro and Rodrigo Sorogoyen.