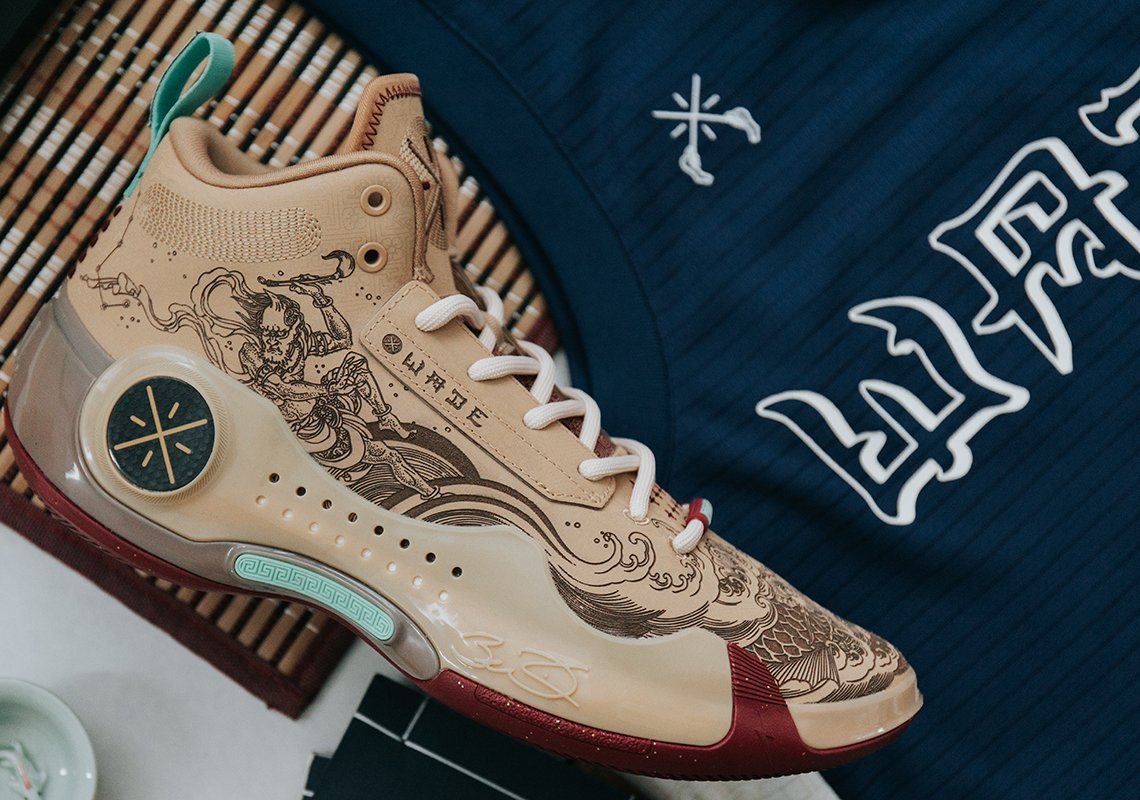 Basketball has always been omnipresent within China with Li-Ning paving the way for striking performance models to dominate courts littered throughout the country.  Just a few months removed from its 10-year anniversary, the Li-Ning Way of Wade has slowly been churning out its lineup ahead of the 2022-23 NBA season with the latest offering featuring lifestyle brand ACU gracing their second collaborative sneaker effort in the Way of Wade 10.

In tandem with the start of the school year, the expected September release is designed with the inspiration of the ancient Chinese mythological figure Great Kui the Star Lord and the concurring folktale of “Kui Xing Dian Dou, Du Zhan Ao Tou” that’s most often utilized in the examination environment to promote better study habits and resulting grades.

Utilizing laser-etched engravings the upper flaunts Kui Xing standing atop the legendary green sea turtle, Ao, mimicking a hand crafted wooden beam carving throughout the clad tan upper. “WADE” and “ACU” are additionally debossed in the quarter overlay while ocean waves cascade toward the forefoot and clash for a splash in the vamp. Nods to the Shanghai-based brand continue in their hands logo holding up the WOW 10 stitched tongue branding in brown and maroon. The darkened tones are mirrored in the gold speckled outsole, underlying geometric tongue construction and accented stitching while a hint of mint green emboldens the dark tan midsole and heel counters pull tab.

For an up-close look at the ridiculously detailed “Scholar Pack” Li-Ning Way of Wade 10 collaboration with ACU, enjoy official images of the pair below with an expected release date on September 3rd via raffle.

In other basketball related news, Kyrie Irving was recently seen rocking a new colorway of the Nike Kyrie 8. 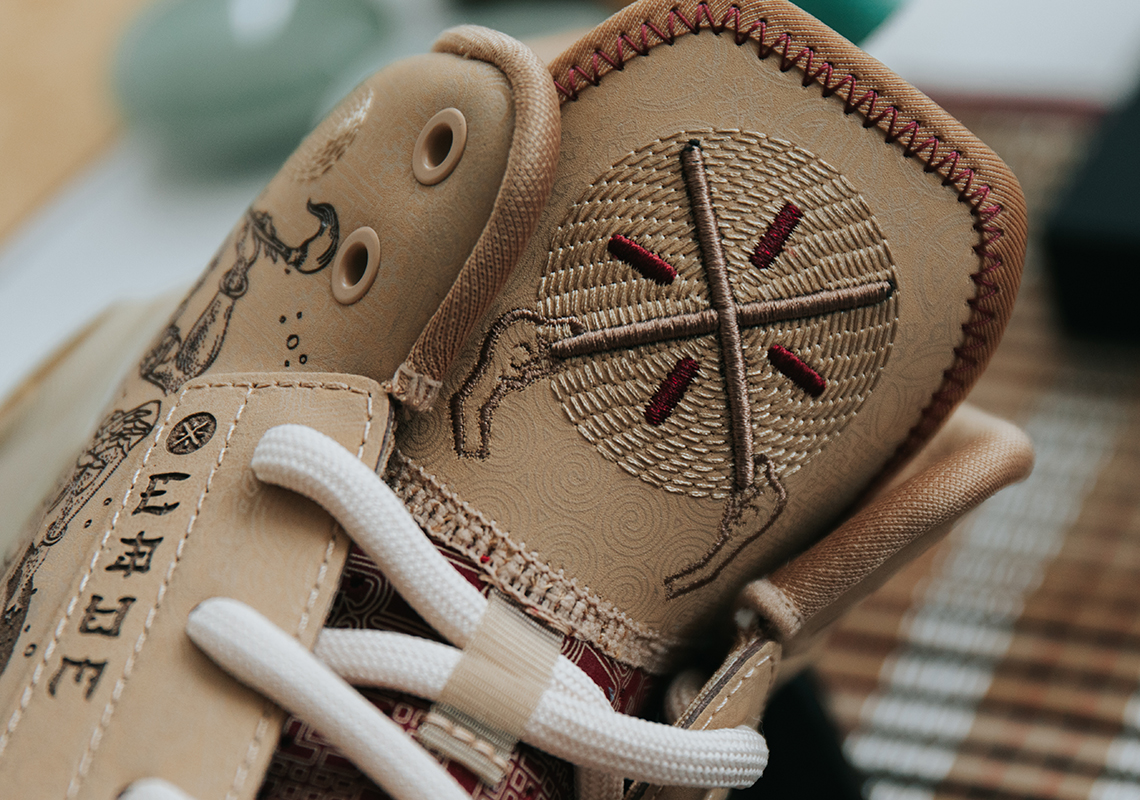 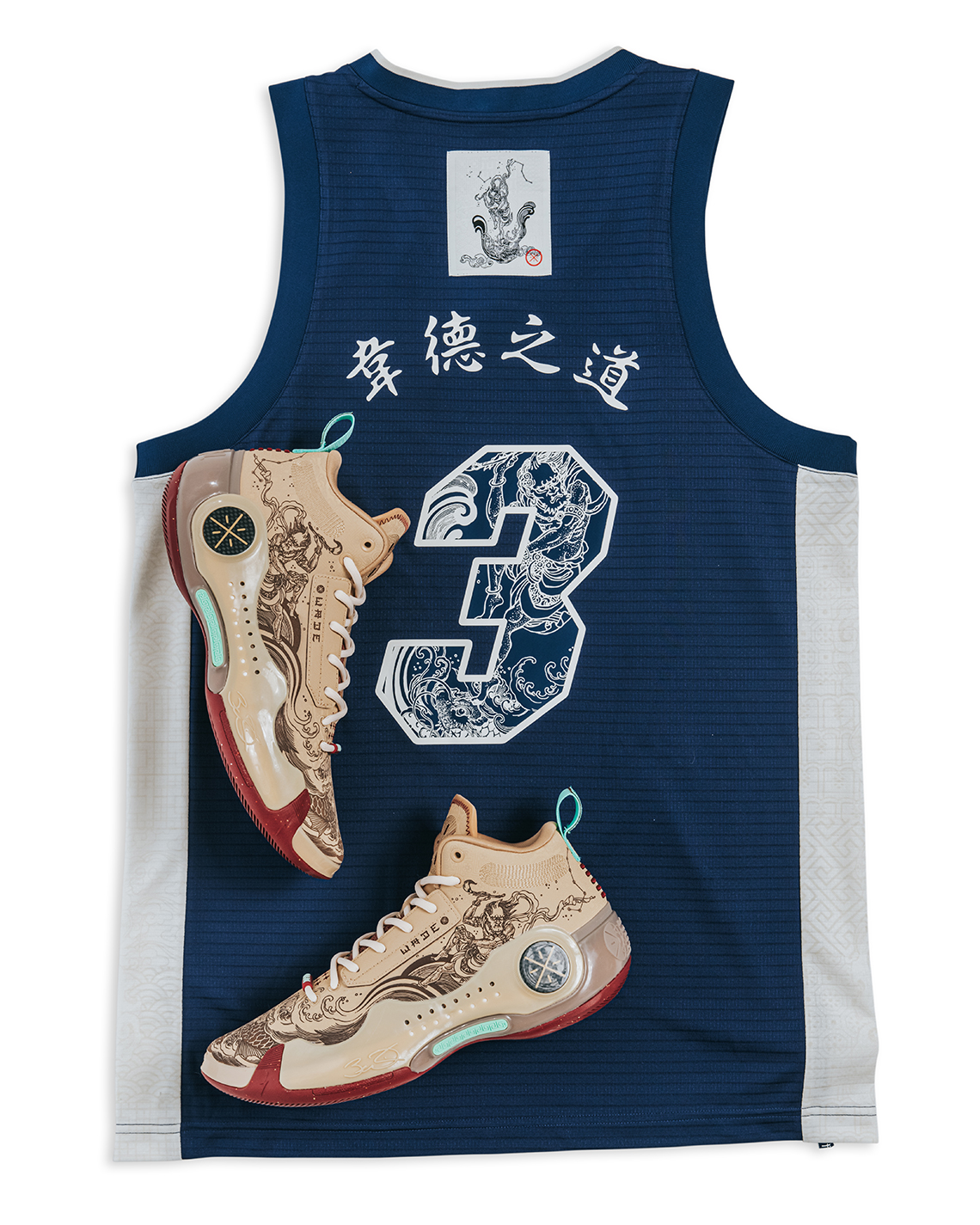 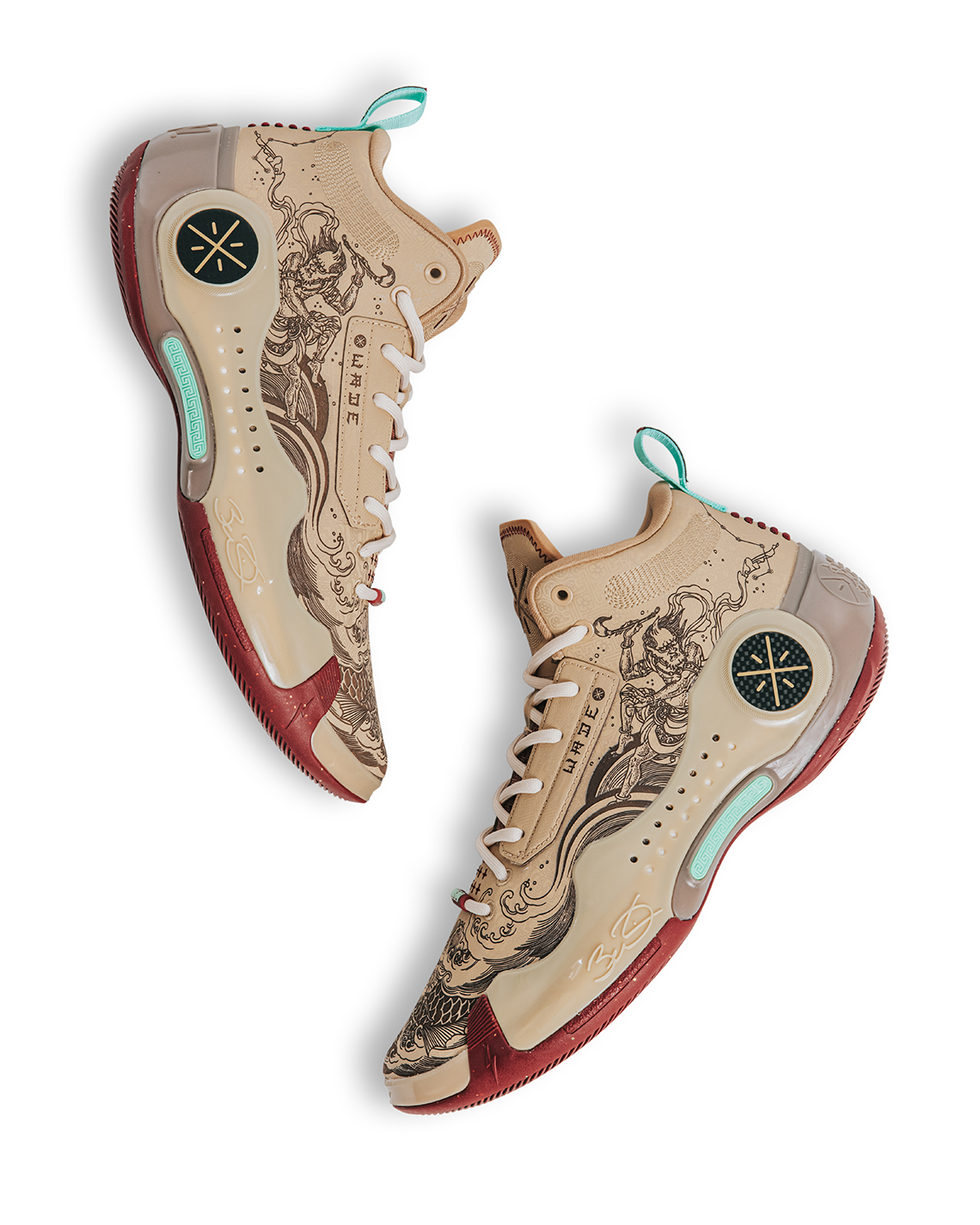 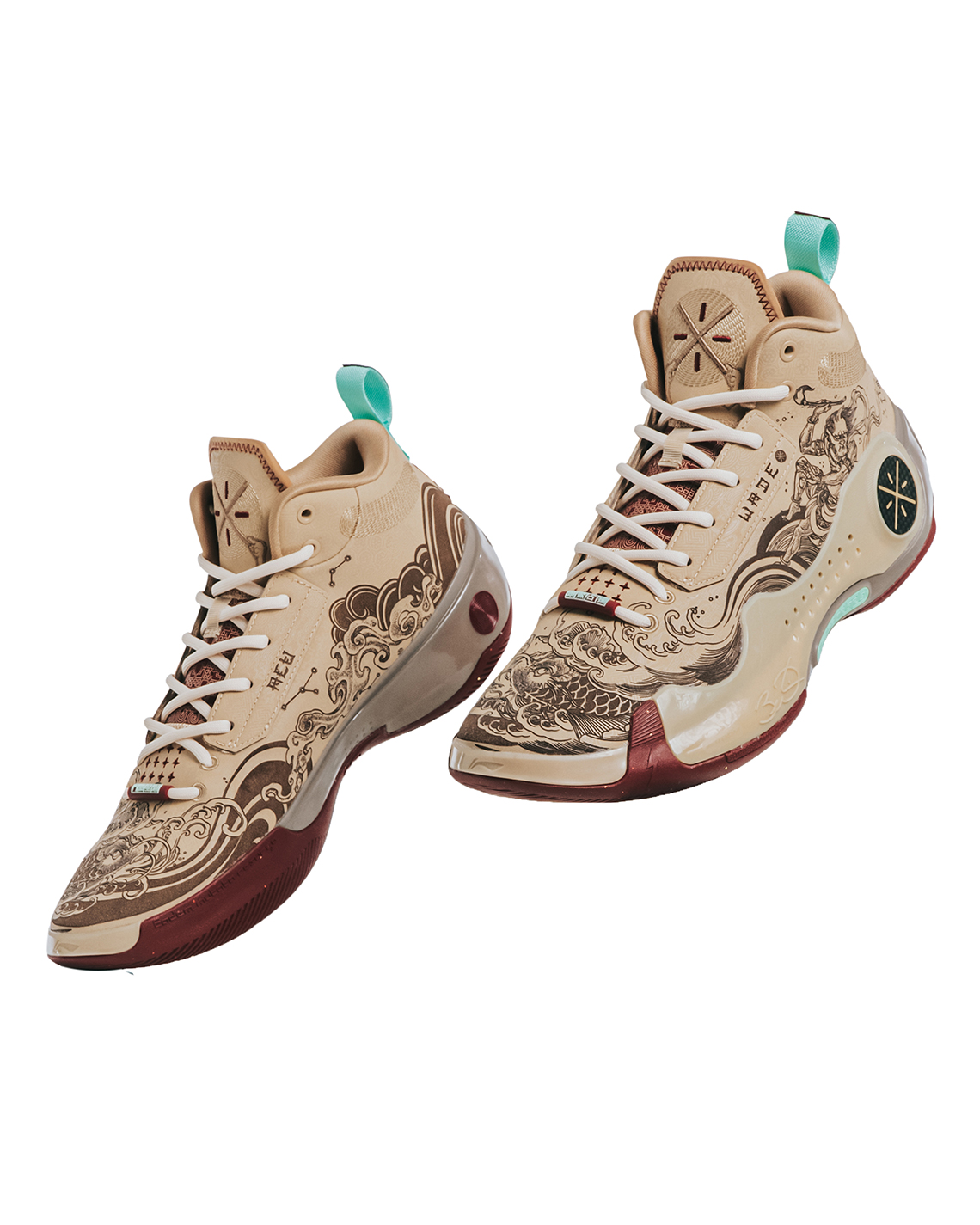 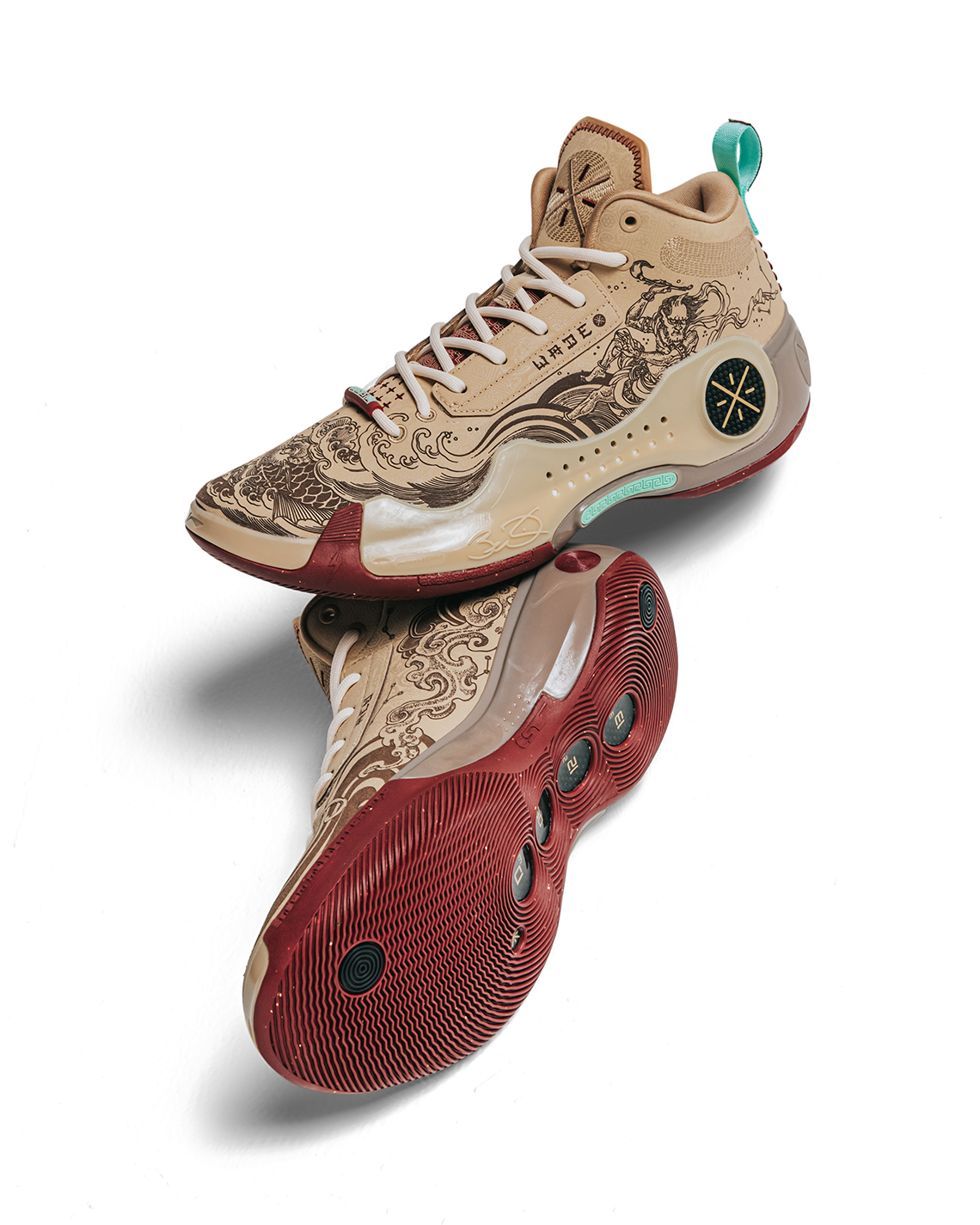 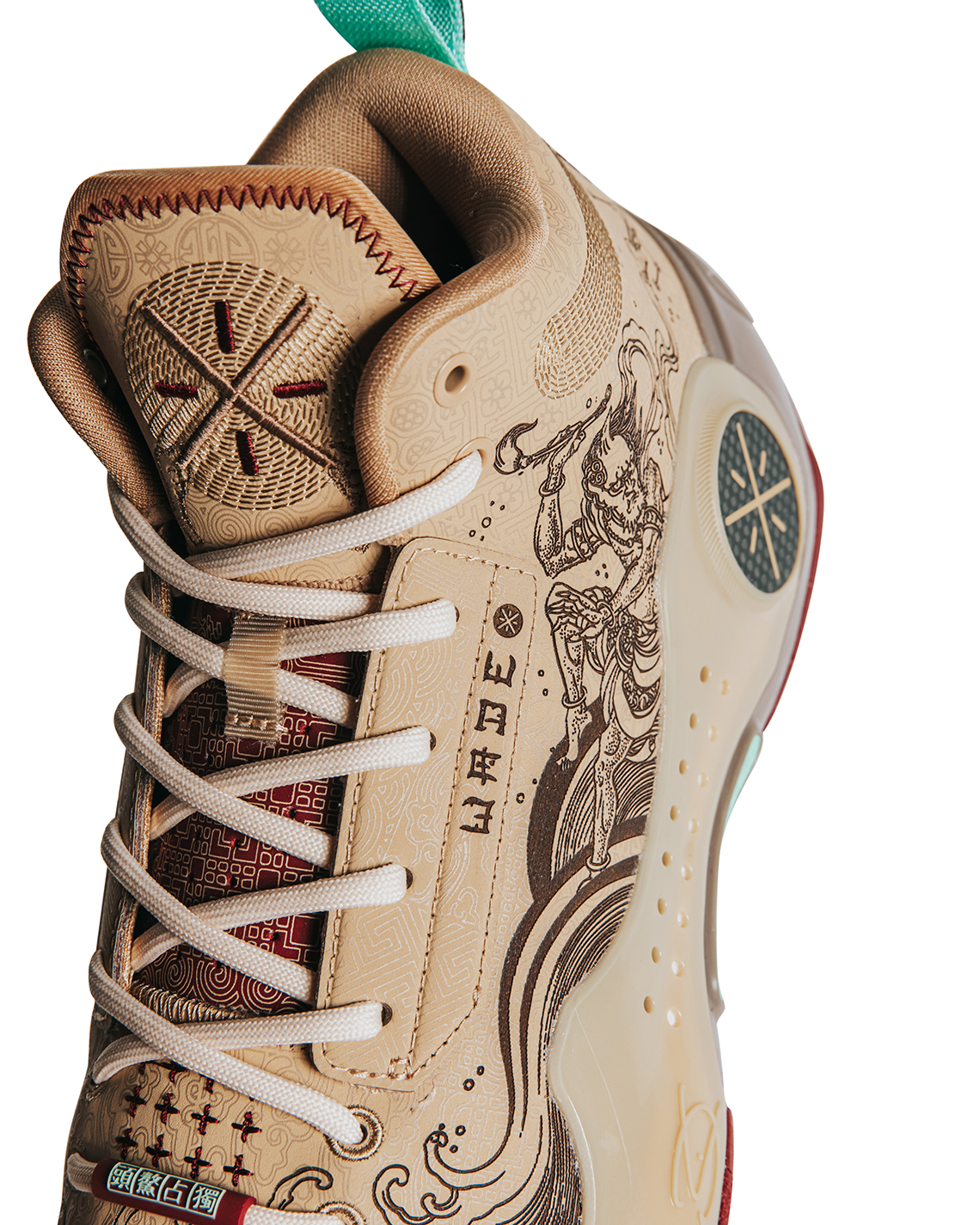 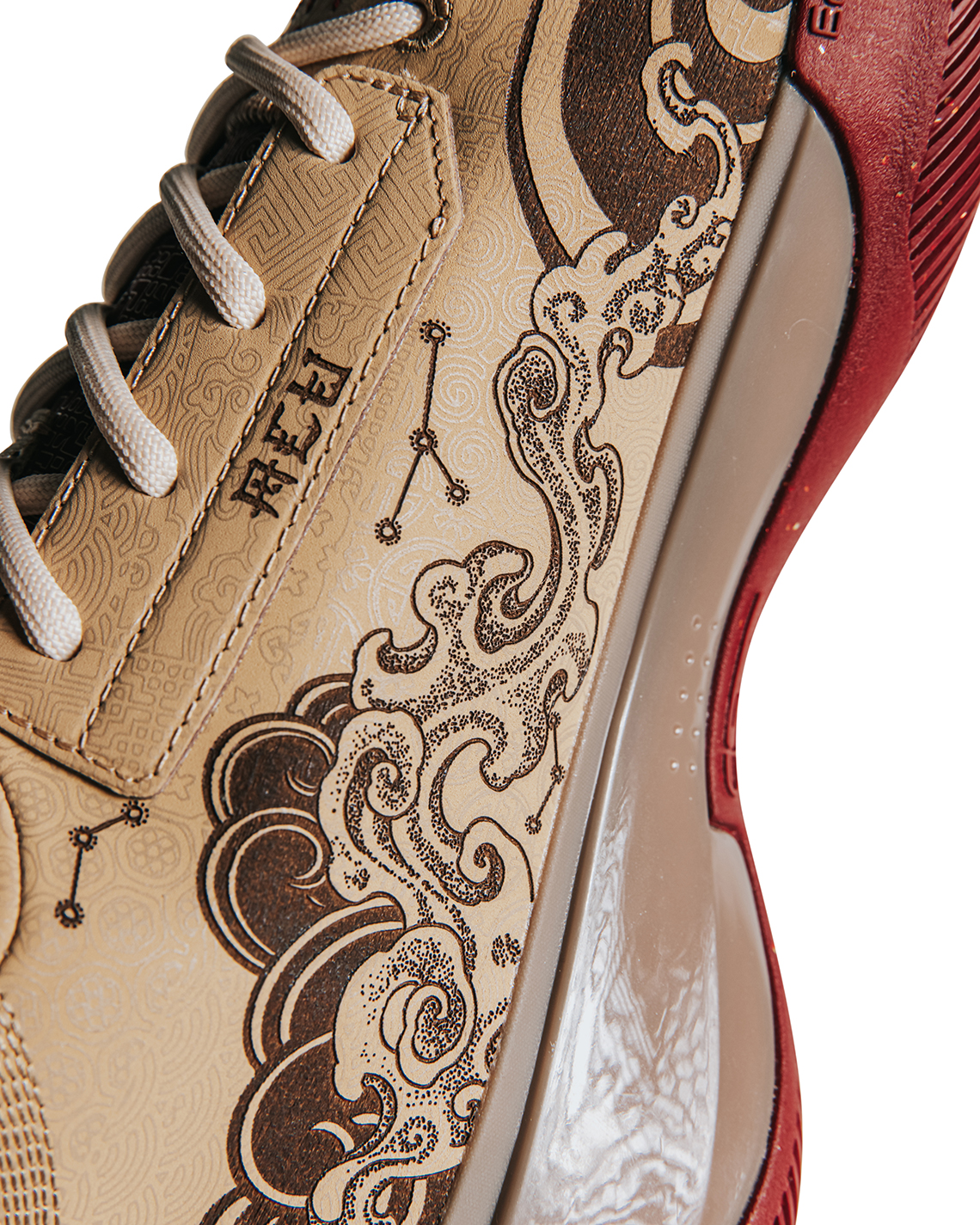 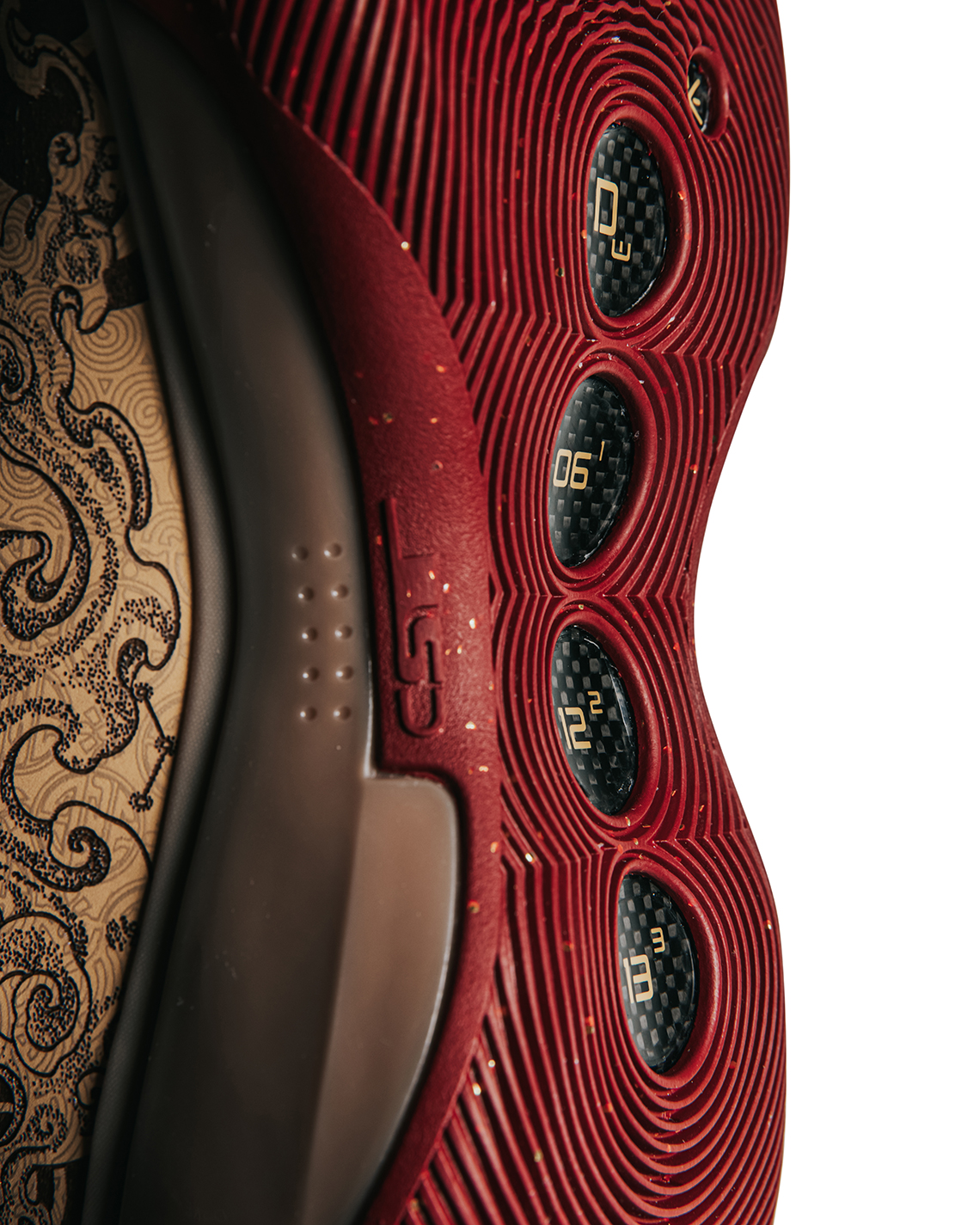 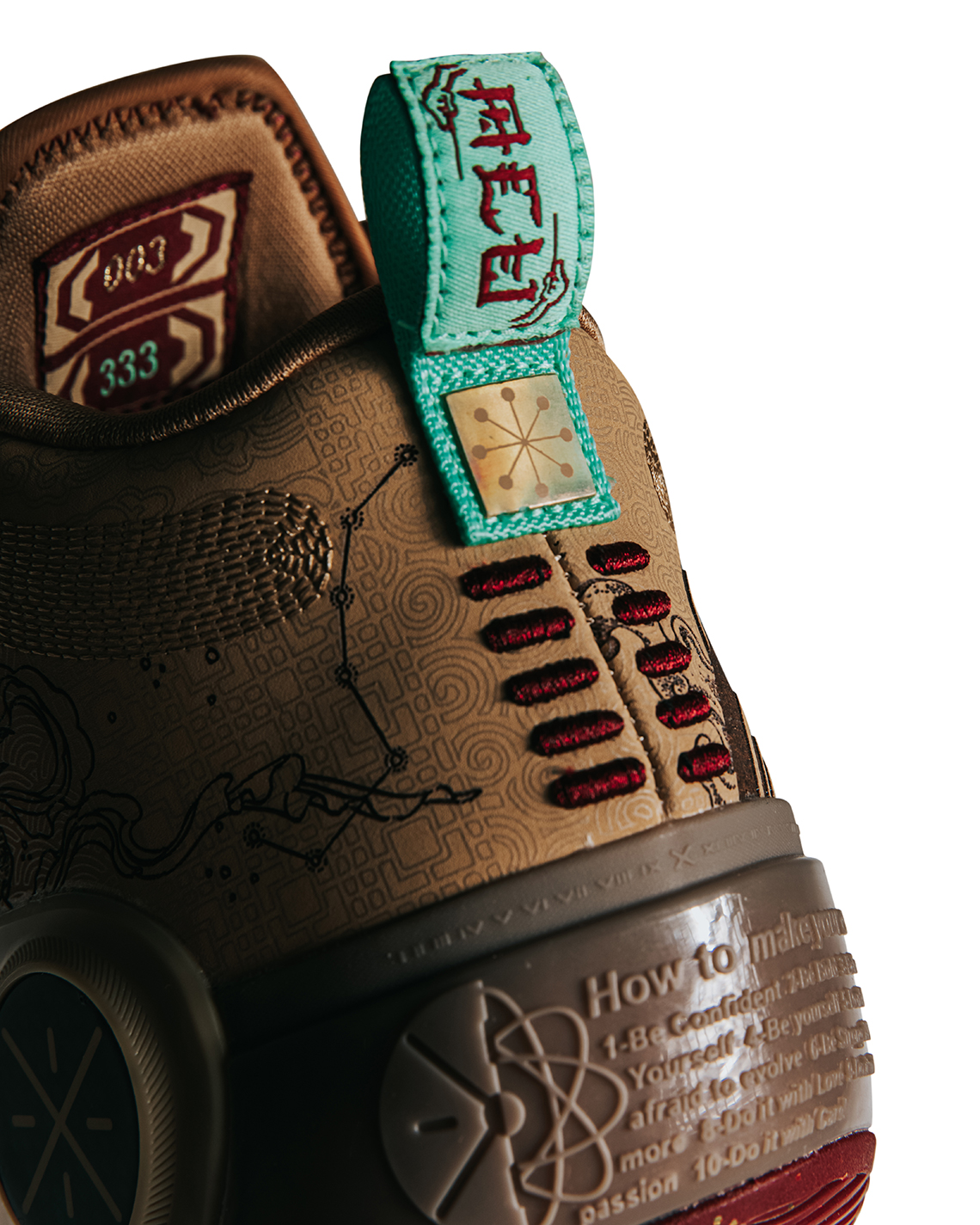